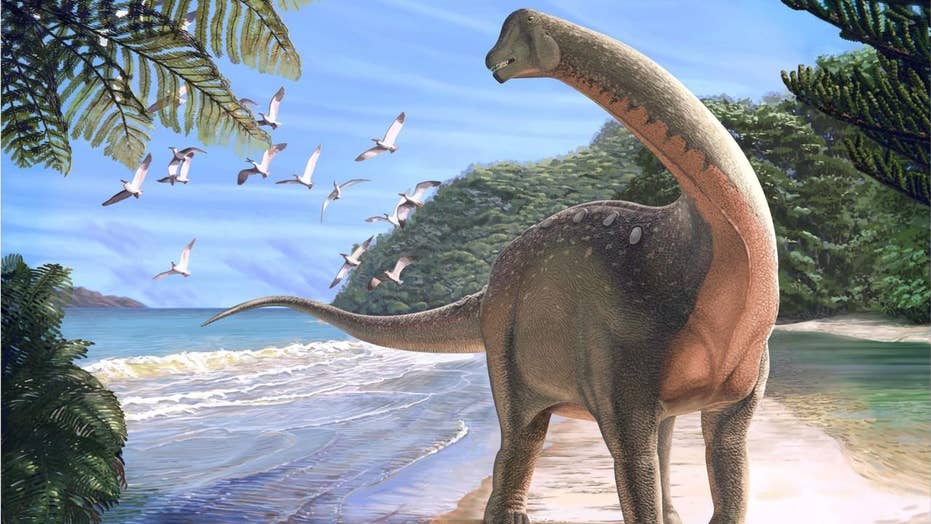 A school-bus sized dinosaur called Mansourasaurus shahinae has been discovered in Egypt’s Sahara desert, marking an important prehistoric link between Africa and Europe.

Paleontologists have discovered a new species of a school-bus sized dinosaur in Egypt’s Sahara desert, marking an important prehistoric link between Africa and Europe.

The fossilized remains of Mansourasaurus shahinae were found by an expedition undertaken by the Mansoura University Vertebrate Paleontology (MUVP) initiative. An international team of researchers worked on the project, which was led by Dr. Hesham Sallam of the Department of Geology at Egypt’s Mansoura University.

The paper detailing the discovery was published in the journal Nature Ecology and Evolution.

"Mansourasaurus shahinae is a key new dinosaur species, and a critical discovery for Egyptian and African paleontology,” said Dr. Eric Gorscak, a postdoctoral research scientist at The Field Museum and a contributing author on the study, in a statement. “Africa remains a giant question mark in terms of land-dwelling animals at the end of the Age of Dinosaurs. Mansourasaurus helps us address longstanding questions about Africa’s fossil record and paleobiology —  what animals were living there, and to what other species were these animals most closely related?”

With parts of Africa covered by lush vegetation, paleontologists have a tough time finding fossils from the Late Cretaceous Period up to 66 million years ago. It is much easier to identify fossils in exposed rock, such as the Rocky Mountains.

The fossilized remains of Mansourasaurus date back to 80 million years ago. A long-necked plant-eater, the dinosaur had bony plates embedded in its skin.

With the continents starting to split during the Cretaceous period, there is uncertainty among paleontologists about how connected Africa was to Europe at that time.

Experts discovered that Mansourasaurus is more closely related to dinosaurs in Europe and Asia than those found in Southern Africa or South America. “Africa’s last dinosaurs weren’t completely isolated, contrary to what some have proposed in the past,” said Gorscak, who began work on the project as a doctoral student at Ohio University. “There were still connections to Europe.”

“When I first saw pics of the fossils, my jaw hit the floor,” added paleontologist Dr. Matt Lamanna of Carnegie Museum of Natural History. “This was the Holy Grail—a well-preserved dinosaur from the end of the Age of Dinosaurs in Africa—that we paleontologists had been searching for for a long, long time.”

Last year, vandals wrecked a dinosaur footprint in rock at a renowned paleontology site in Australia.