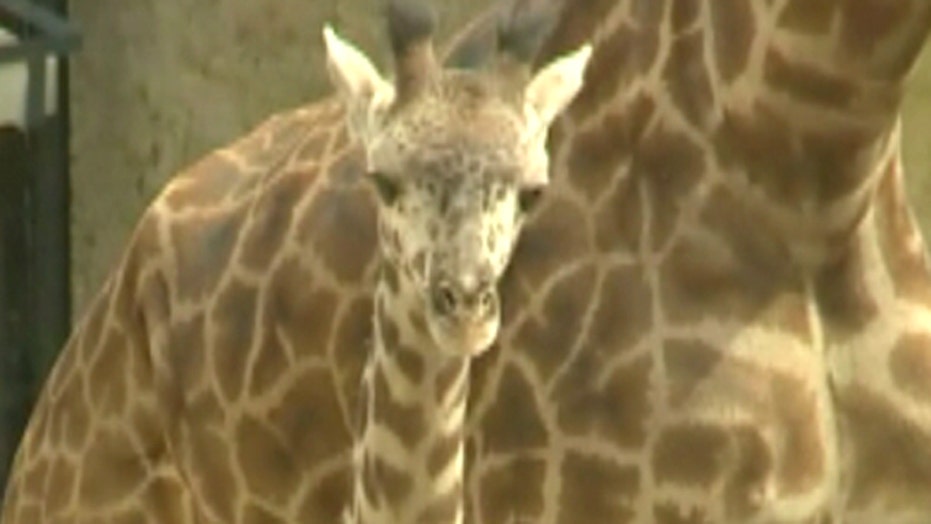 The Santa Barbara Zoo welcomed a new addition to its giraffe herd over the weekend with the birth of Asha, a 6-foot-4-inches tall, 182-pound calf. The tall baby was born March 14 at 4:55 a.m. ET, and met fellow calf, Buttercup, a male that was born in November, the following day.

“The calf could be out on exhibit early next week, if all continues to look good,” the zoo’s Director of Animal Programs Sheri Horiszny said in a press release. “We need to introduce the calf to the other giraffes, and to the outdoors, so it takes a while. We know people are anxious to see the calf, but it is really for its safety.”

The zoo reports that Asha — whose name means “life” in Swahili — is nursing normally. This is the second successful pregnancy for Asha’s mother, Betty Lou. The older giraffe gave birth to a female, Sunshine, in 2013. Sunshine moved away to the Phoenix Zoo last year as part of “a cooperative breeding program” from the Association of Zoos and Aquariums. This program is designed to monitor threatened or endangered populations within AZA-accredited zoos and aquariums.

“We are thrilled to continue our commitment to the sustainability of the Masai giraffe population in North America with this calf,” Horiszny said in the release.

Asha will have the opportunity to venture into the giraffe exhibit between 11 a.m, and 1 p.m. for the next couple of days, and zoo officials said they are leaving it up to the newborn to determine whether or not she feels comfortable exploring the exhibit, reports the Santa Barbara Independent.