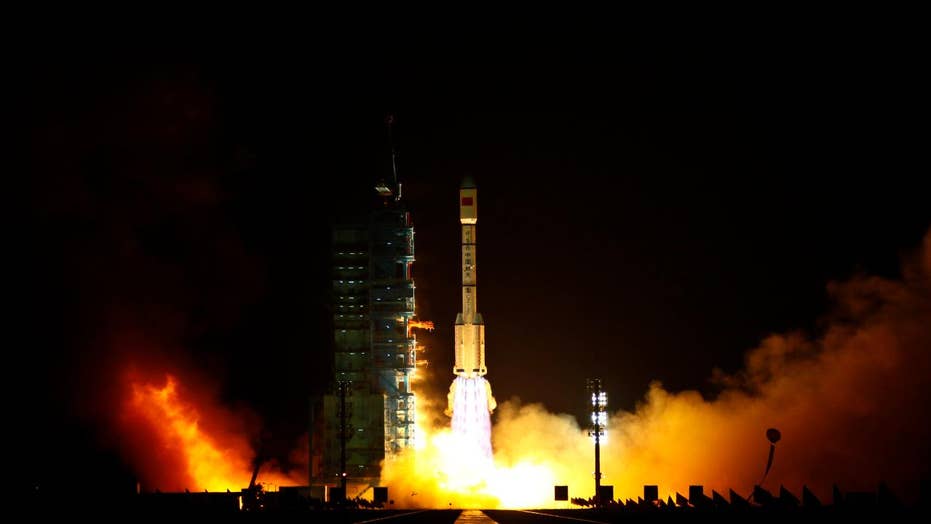 A Chinese space station lost contact with Tiangong-1, a craft that is expected to re-enter the earth’s atmosphere sometime in the beginning of 2018. Some are concerned debris may hit populated areas.

The new year could bring a major scare: the expected crash of an 18,740-pound Chinese space station headed toward Planet Earth.

And researchers haven’t been able to pinpoint exactly when and where this event will likely happen.

Tiangong-1, a Chinese space station that launched into Earth’s orbit in September 2011, was predicted in essence to fall out of space around January 2018, according to an October forecast by researchers at The Aerospace Corporation.

Chinese space officials announced in 2016 that they had lost contact with the spacecraft and expected it to crash back to Earth between late-2017 and mid-2018, The Guardian reported.

Researchers have since determined that the space station is expected to re-enter somewhere in the area between 43 degrees north and 43 degrees south latitude. And while that location is in the middle of the ocean, the New York Post reported, it’s possible that fragments will land in nearby populated areas.

The system is said to be making a slow roll back into the atmosphere, allowing some chunks of matter to avoid burning up upon re-entry. But according to the Aerospace Corporation’s FAQ page, getting hit with space garbage is unlikely to be the biggest problem.

"It is highly unlikely that debris from this re-entry will strike any person or significantly damage any property," the Aerospace Corporation's FAQ said. "Potentially, there may be a highly toxic and corrosive substance called hydrazine on board the spacecraft that could survive re-entry. For your safety, do not touch any debris you may find on the ground nor inhale vapors it may emit."