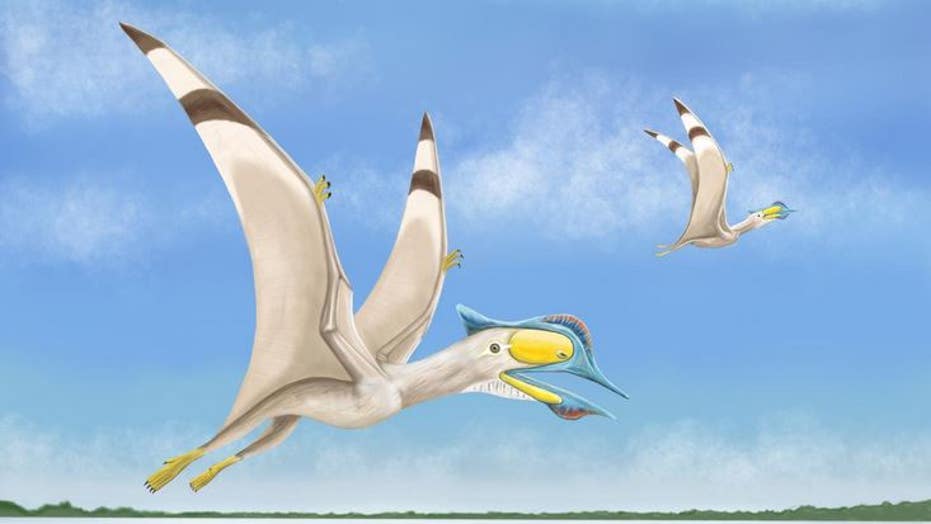 A new species of pterosaur -- a flying reptile that lived 100 million years ago -- has been discovered by scientists in Africa.

Known as Afrotapejara zouhrii, it is the first of its kind found in Africa. Others have been seen in Europe, as well as Brazil and China.

Living during the Cretaceous period, these reptiles had wingspans perhaps as wide as 12 feet, with large, broad crests sweeping up from the front of the skull, researchers reported.

"The study of Moroccan material shows that we are still far from having found all the paleontological treasures of North Africa. Even fragmentary fossils, like the jaw piece of the new pterosaur, can give us important information about the biodiversity of the past," David Martill, from the University of Portsmouth's School of the Environment, Geography and Geosciences -- which led the study, said in a statement.

The new pterosaur has been named Afrotapejara zouhrii to honour the Moroccan palaeontologist Professor Samir Zouhri, according to researchers. Originally a mammal specialist, Zouhri contributed to several discoveries of prehistoric reptiles in Morocco, including dinosaurs and pterosaurs.

"The opportunity to illuminate the diversity of pterosaurs in Africa while honouring a colleague does not happen every day," Martill added.

"I feel very privileged to be part of such an exciting discovery. Working in the Sahara was a life-changing experience, and discovering a new species of pterosaur is the icing on the cake," PhD student Roy Smith, one of the co-authors, explained.

The scientists' work is set to publish in the journal Cretaceous Research.