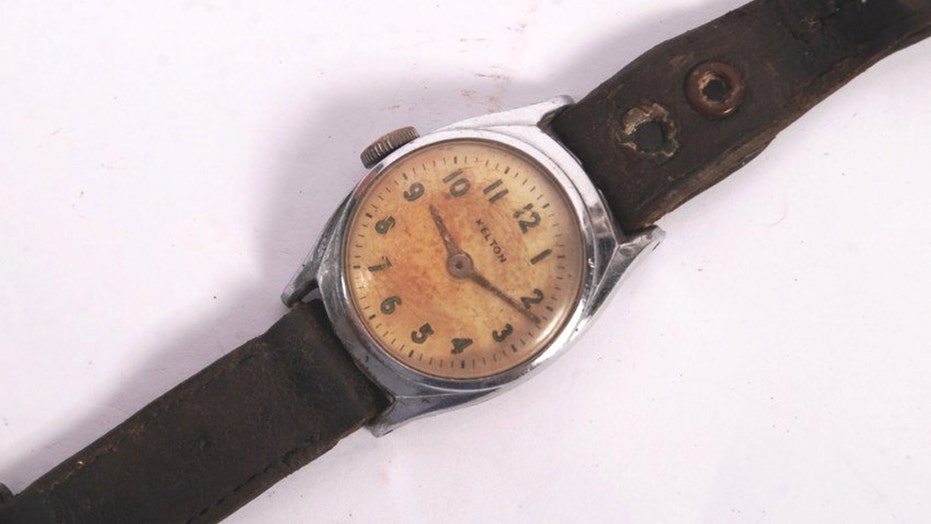 A rare collection of "escape kits" from World War II POWs that included hidden maps, a pencil with a dagger inside and a shaving razor blade have been sold at auction.

The secret devices were made for and built by British prisoners in an effort to help them evade capture and get out of detention camps, SWNS reports. The items sold for $486 (375 British pounds) at an auction held by East Bristol Auctions in Hanham, Bristol, the news agency added.

The blue pencil, which has Royal Sovereign designs on it and sports a metal spike dagger inside, sold for $77, or 60 British pounds. The shaving razor blade, stemming from the Kleen brand, is actually a compass. It also has a magnetized blade that will point true north when placed in water.

The razor sold for $65 or 50 British pounds at auction.

A collection of four double-sided World War II Royal Air Force pilot maps on silk were also sold at auction for $84, or 65 British pounds. It includes maps of Istanbul, Batumi, Al-Jawf, and Ankara, all four of which are marked 'restricted," SWNS added.

The British news agency also noted that an original Kelton wristwatch, which hid a compass on the back of its face, sold for $259, or 200 British pounds.