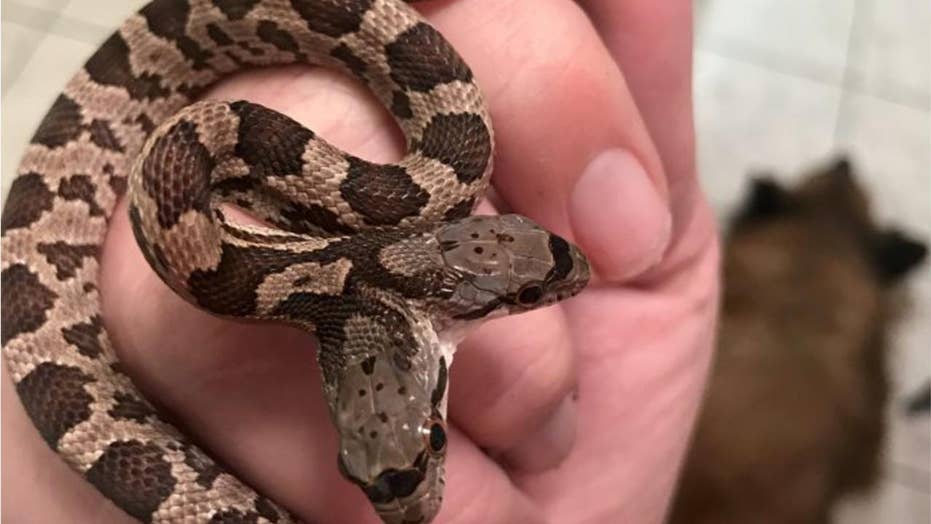 A two-headed snake was discovered in a backyard, currently being cared for by wildlife educator.

A rare two-headed snake is being raised by a New Orleans family after its discovery in a backyard.

SWNS reports that wildlife educator Tanee Janusz, 39, adopted the western rat snake when a fellow member of her naturalist society found it in his garden.

The foot-long reptile, which is 10 months old, has two heads as a result of a genetic deformity affecting just one in 10,000 births. The animal has two brains but a single respiratory system, digestive tract and body, according to SWNS.

Named Filé and Gumbo by Janusz, the heads reportedly have different personalities. Gumbo is the dominant side although both heads are described as “feisty” and often end up wrestling after trying to go in opposite directions.

The western rat snake has a genetic deformity (© SWNS.com)

Last month a venomous copperhead snake was spotted near the National Mall in Washington, D.C. And earlier this year, an Australian couple got a terrifying surprise when they found one of the world’s deadliest snakes lurking inside a garden hose reel.

The heads are named Filé and Gumbo (© SWNS.com)