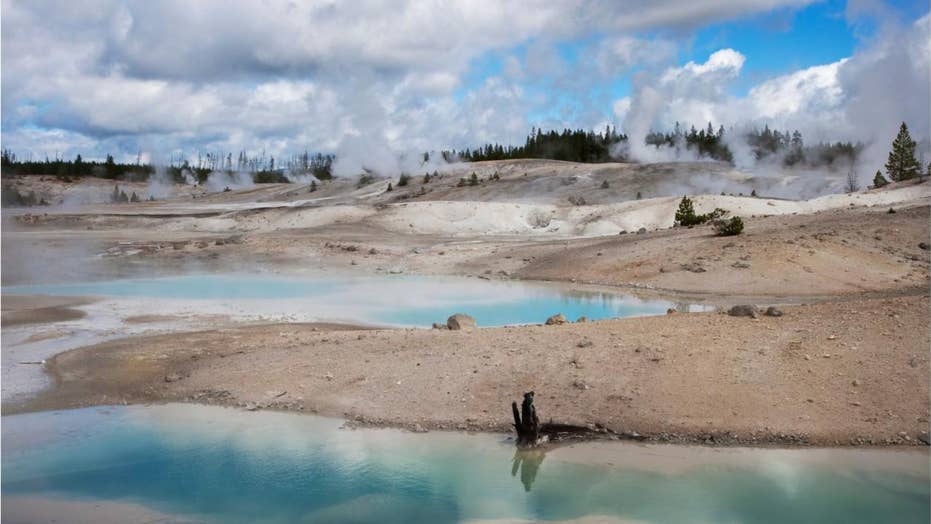 Yellowstone super volcano: A countdown on the clock

A cluster of earthquakes at Yellowstone National Park followed by the fourth eruption of its usually dormant geyser has sparked speculation about the world’s largest supervolcano.

Is the big one about to blow, blanketing the U.S. with ash and sending the Earth into a volcanic ice age?

Probably not, but some of the signs are there.

The United Nations world heritage site, which lies over giant chambers of molten magma, is actually the world’s largest supervolcano, which erupted 2.1 million, 1.3 million and 640,000 years ago, causing massive devastation across the planet.

Today, Yellowstone bubbles away with its hot springs and geysers with endearing names.

The most famous is Old Faithful, so called because it puts on a show for visitors every 91 minutes.

Then, on March 15 this year, it blew back into life, followed by eruptions on April 19 and April 27.

On May 4 it erupted again, the fourth time in seven weeks. It is now the world’s tallest and most powerful active geyser.

The eruptions came on the heels of earthquake activity at Yellowstone recorded by the U.S. Geological Survey (USGS).

A swarm of more than 200 earthquakes struck Yellowstone over two weeks, starting on Feb. 8 and increasing on Feb. 15 in an area 8 miles northeast of West Yellowstone, Mont.

The USGS reported that a bigger series of tiny quakes hit the area but seismometers failed to record them.

A swarm indicates a shifting of the major tectonic plates beneath the Earth’s surface, or movements of water, gas or magma.

Yellowstone is one of several supervolcanoes around the world.

The term "supervolcano" means a large volcano with the power to spew rock and debris over such a distance that it can alter the Earth’s atmosphere, causing death to humans and animals.

Three things are said to indicate that a super volcano is about to erupt: increased seismic activity, increased ground deformation and changes in the hydrothermal system or increased gas outlet at the surface.

The seismic activity and gas outlet has occurred in Yellowstone since the beginning of 2018, but apparently not to a significant enough extent and without any sign of ground deformation.

Michael Poland, head scientist at the USGS Yellowstone Volcano Observatory in Washington state, said a major quake was not on the way.

“This is what Yellowstone does; this is Yellowstone being Yellowstone,” Poland told Live Science. “It experiences swarms all the time.”

Poland said the seismic activity may be a continuation of an even bigger swarm between June and September of last year, when 2,400 earthquakes hit the same region.

“People tend to focus on the possibility of a huge eruption,” Poland said, saying that magnitude-7 earthquakes could happen comparatively more often.

“When they do happen, they’re going to shake the region pretty severely, so people should be prepared for that,” Poland said.

If the Yellowstone super volcano were to blow, and if the eruption resembled the big ones that occurred hundreds of thousands of years ago, the resulting far-flung ash spewing out could devastate the U.S., Live Science reported.