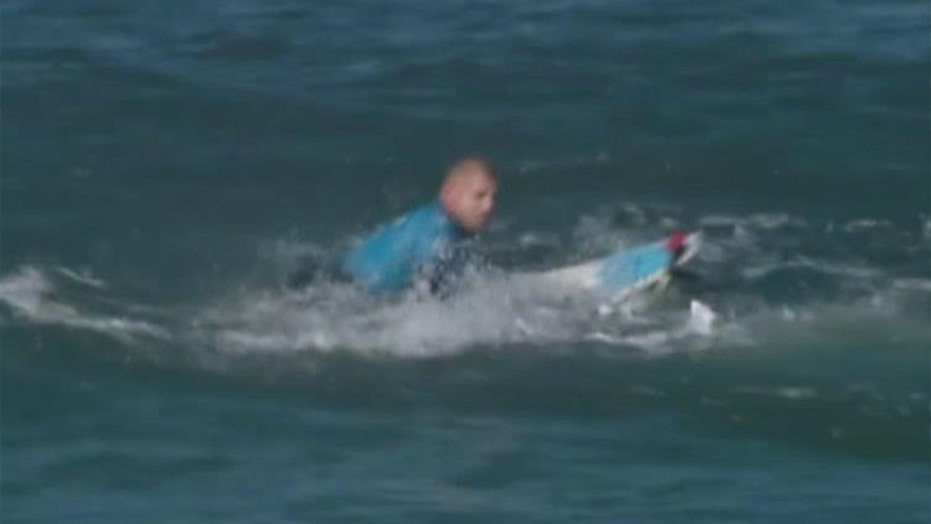 Australian pro surfer Mick Fanning fought off a shark in an incredible attack during a televised competition in South Africa on Sunday.

The shark attacked the three-time world champion during the JBay Open in Jeffrey’s Bay in South Africa’s Eastern Cape Province. Fanning was struck by the shark from behind and knocked into the water, Fox Sports reports.

Fanning, who emerged unscathed from the terrifying attack, repeatedly punched the shark in the back before being pulled to safety by an official on a jet ski.

“I was just about to start moving and I felt something, like grab, get stuck in my leg rope – I instantly just jumped away, he kept coming at my board,” said a shaken Fanning, in an interview just moments after the attack. “I was waiting for the teeth to come at me as I was swimming.”

The event was broadcast live by Fox Sports Australia.