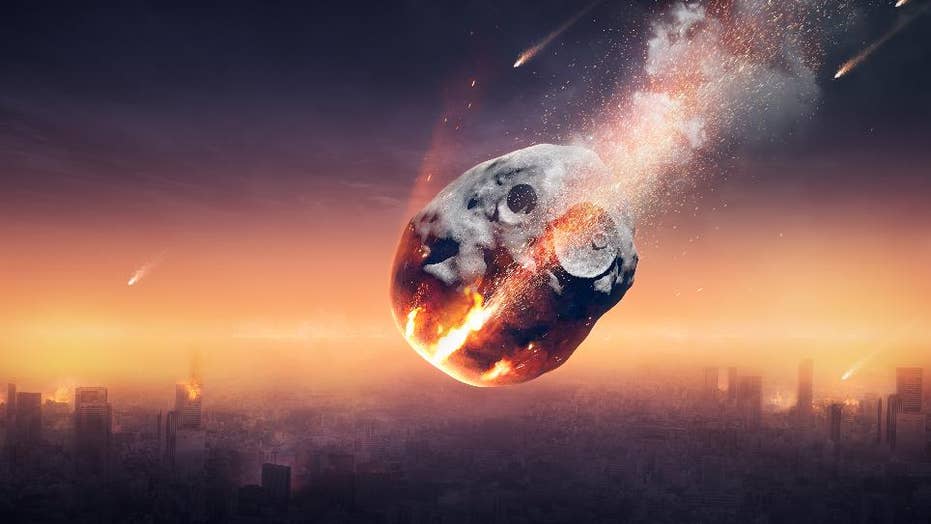 A look at what NASA is describing as a 'potentially hazardous asteroid' that is on a 'close approach' towards Earth.

NASA has issued an alert that a "potentially hazardous asteroid" is on a "close approach" toward Earth. However, it's nothing to be alarmed at, as the asteroid is expected to zoom past the planet approximately 3 million miles away.

The enormous space rock, known as asteroid 2016 NF23 and estimated to be between 230 and 525 feet in diameter, will zip past Earth on Aug. 29 at a velocity of 9.04 kilometers per second, or approximately 20,000 miles per hour, the government space agency said on its Earth Close Approaches page.

It is the third largest near-Earth object (NEO) on the page, behind two other asteroids which will fly past Earth in the early part of September: 2001 RQ17 and 2015 FP118.

ABOUT 17,000 BIG NEAR-EARTH OBJECTS REMAIN UNDETECTED: HERE'S HOW NASA COULD SPOT THEM

Near-Earth objects regularly fly by the planet, though "potentially hazardous objects" are ones that are less than 0.05 au (astronomical units) away from the planet, or approximately 5 million miles.

Any asteroid that comes within 4.6 million miles of Earth with a diameter greater than 500 feet is termed “potentially hazardous," according to NASA.

Asteroid 2016 NF23 also has an absolute magnitude of 22.9, above the 22.0 threshold to be classified as a potentially hazardous object.

In April, an asteroid the size of a football field – 2018 GE3 – came just 119,500 miles away from Earth's atmosphere, about half the distance between Earth and the Moon.

In June, NASA laid out an updated plan to protect Earth and predict the chances for a threat from a near-Earth object (NEO), outlining five goals, including enhanced detection and improved modeling.

The 20-page plan details steps the U.S. should take to be better prepared for objects such as asteroids and comets that come within 30 million miles of the planet.

MINING FOR ASTEROIDS WILL BE THE NEXT GOLD RUSH

In 2016, NASA opened a new office to track asteroids and comets that come too close to Earth, known as the Planetary Defense Coordination Office (PDCO). The PDCO formalizes the agency’s existing program for detecting and tracking NEOs, which NASA has been studying since the 1970s.