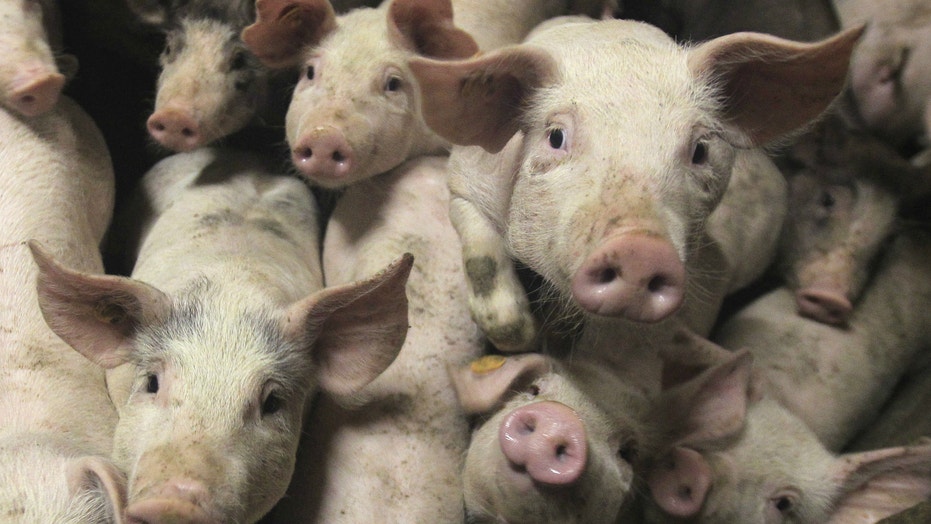 For the first time, scientists have observed pigs using “tools” to dig with.

Researcher Meredith Root-Bernstein posted a video on YouTube of the Visayan Warty Pigs using the improvised tools at the Menagerie, the zoo of the Jardin des Plantes in Paris. A study on the pigs, which was led by Root-Bernstein, was published in the journal Mammalian Biology.

In this handout provided by the Zoological Society of San Diego, a 6-week-old Visayan warty pig stands atop of an adult at the San Diego Zoo February 6, 2006, in San Diego, California - file photo. (Photo by Ken Bohn/San Diego Zoo via Getty Images)

“Three individuals were observed using bark or sticks to dig with. Two individuals, adult females, used the sticks or bark, using a rowing motion, during the final stage of nest building,” the researchers write in the study. “The third individual, an adult male, attempted to use a stick to dig with. Stick and branch manipulation was observed in other contexts, but not for digging.”

The scientists note that the pigs’ “stick and branch manipulation” was seen in other contexts, but not for digging.

“Our observations suggest the hypothesis that the observed use of stick to dig with could have been socially learned through vertical transmission (mother-daughter) as well as horizontal transmission (female-male),” they added.