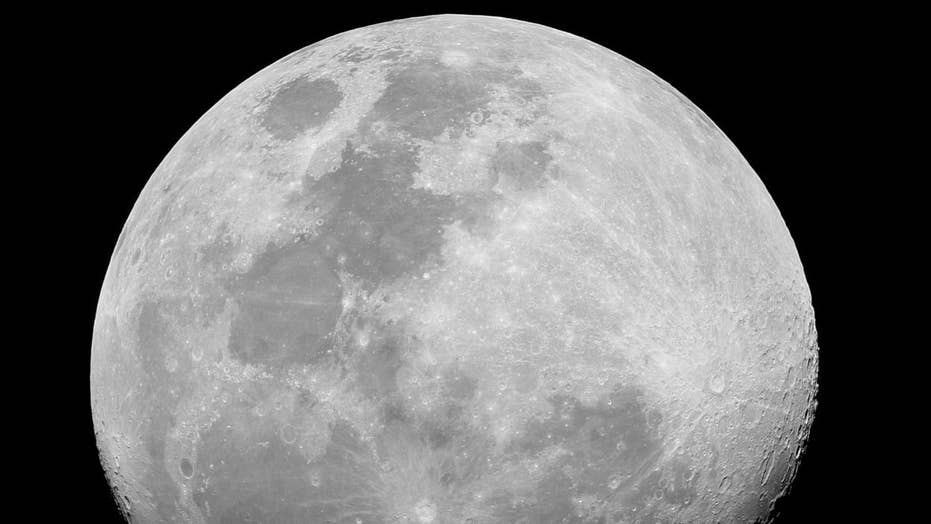 Scientists say they have found water-ice on the moon’s north and south poles. The discovery means it can be used as a water source for future lunar missions.

Vice President Mike Pence highlighted the critical importance of the Moon to America’s space future in a speech at NASA's Johnson Space Center in Houston Thursday.

“We’re not content with just leaving behind footprints,” he said, during the 30-minute speech, reiterating the Trump administration’s objective of “establishing a permanent presence around and on the Moon.”

The administration has cited Moon missions a key element of the 2019 NASA budget. President Donald Trump wants U.S. astronauts to return to the Moon as a foundation for future Mars missions.

TRUMP WANTS TO SEE NASA BOOTS ON THE MOON

Pence discussed plans for a Lunar Orbital Platform-Gateway, a NASA orbital outpost that will be in the vicinity of the Moon. The chair of the National Space Council described the goal of putting an American on board the Lunar Orbital Platform before the end of 2024. “We’re on the cusp of a new golden age of exploration,” he said.

NASA released a draft Request for Proposals earlier this year that called on the U.S. commercial space industry help deliver payloads to the Moon. The agency plans to award multiple contracts for Commercial Lunar Payload Services through the next decade, with contract missions to the lunar surface expected to begin as early as 2019.

The VP also described the mighty Space Launch System (SLS) and Orion spacecraft that will be used to carry U.S. astronauts on epic missions over the coming years. “The SLS will be the largest and most powerful rocket ever built — all this energy, all this force, will lift American astronauts to space aboard the Orion capsule,” Pence explained.

"We will return to the Moon, put Americans on Mars and once again explore the farthest depths of outer space,” he said.

NASA’s goal is to send a manned mission to Mars in the 2030s.

In December, Trump signed a policy directive instructing NASA to "refocus America's space program on human exploration and discovery." The move, Trump said, "marks an important step in returning American astronauts to the Moon for the first time since 1972 for long-time exploration."

Fox News Madeleine Rivera and The Associated Press contributed to this article.