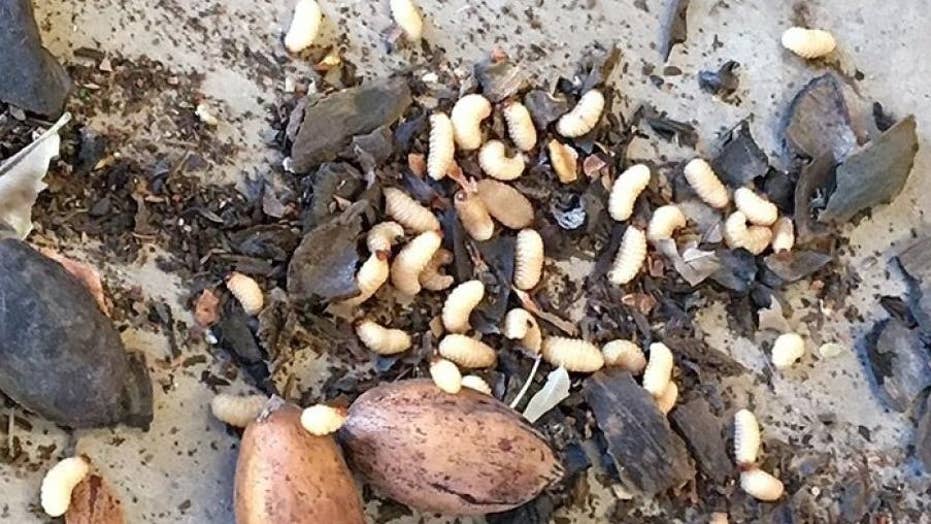 Small bugs that eat pecans called weevils are infesting farmer’s supply in eastern New Mexico, now the Department of Agriculture is trying to prevent the spread

Many Americans will look to have a pecan pie as part of their Christmas feast, but farmers who grow the nut in New Mexico are worried a small bug might impact their harvest.

The state's Department of Agriculture is currently trying to protect it’s $215 million a year industry, by preventing the spread of little critters that eat pecans as they’re growing, called weevils.

The Department of Agriculture placed a quarantine on pecans coming from the eastern New Mexico counties of Curry, Eddy, Chaves and Lea, until May 20, 2018.

It’s an especially risky time for pecan farmers, because it's the middle of their yearly harvest. The spread of weevils could have crippling financial implications. Farmers are especially trying to prevent weevils from spreading into Dona Ana County, which Arnold estimates will produce 90 to 100 million pounds of pecans this year.

“The Mesilla Valley here is one of the largest production areas in the continent, and for that matter in the world,” said Arnold. “To bring that type of pest in here could be devastating to the industry.”

The larval weevils are a small, white, waxy worm-like creature. The adults have a snout and six legs. They use their snout to go into pecans during the growing season, and eat the developing nut.

Pecans with weevils can be fumigated. But according to Arnold, fumigation or insecticides don’t always kill every weevil, and the survivors can start spreading again.

The proven method for getting rid of weevils is freezing them. Pecans with weevils are put into cold storage at zero degrees. As long as the pecans remain at zero degrees for 96 hours, all the weevils will be dead.

“It’s the type of insect you can try and control and eradicate if you do it properly,” said Arnold.

Arnold said the weevils won’t travel very far as long as they have a food source. Weevils spread when infested pecans, soil, or equipment is shipped with weevils inside.

“I’m not going to say that it’s not something it’s a slam dunk that we’re going to be able to get rid of if it shows up,” said Arnold.

Arnold said the Department of Agriculture and the Pecan growers have been closely monitoring for weevils since the 1990’s. They follow a set quarantine system if weevils are found in local orchards. His biggest concern is people bringing infested pecans into Dona Ana County from Texas and other areas, hoping to get a better price.

“A lot of times people don’t mean to do anything bad, they just don’t know any better,” said Arnold.