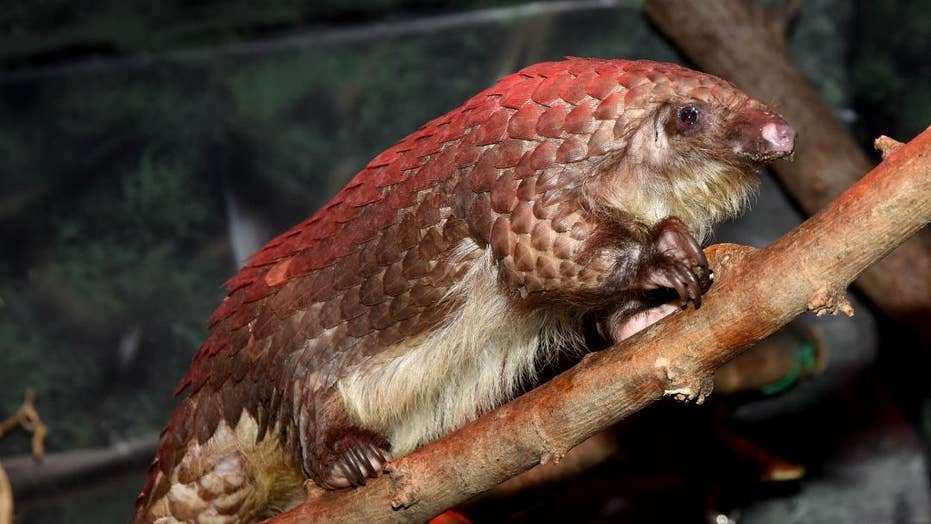 5 yr. old boy educates others on the endangered pangolin

Like most kids, Landon Knestrick, 5, has a favorite animal. His love for the pangolin, an endangered scaly creature, goes beyond simply liking the mammal.

In his room, Landon has pangolin books, figurines, photos, his favorite stuffed pangolin named Olin and even a "Save the pangolin" t-shirt.

Knestrick described the animal as an endangered scaly ant-eater. "His head and all this stuff is covered with scales… the scales are like… if you touch them, the top, they feel soft. But if you touch the ends they feel poky."

"His scales protects him from the predo (preditor)," the young conservation explained as he rolled up into a ball to show how the animal acts when in danger.

In January, the only mammal with scales in the world was added to the endangered species list, as people poach them.

Over more than a decade, more than a million have been poached for their meat or scales to make jewelry, according to the Chicago Zoological Society. Most efforts so far to stop poachers have been unsuccessful.

Landon's parents, Christina and Nathan Knestrick, told Fox News his fascination with the creature started last fall after watching a show on PBS.

"He kept telling us all about something we thought he was saying penguin. And he kept saying, no, no, no mommy you’re not saying it right. It’s a pangolin." Christina said. "He started telling us all these facts and then said Google it mom so you can see what I’m talking about."

Landon has raised more than $400 selling Christmas ornaments and has even taught classes on the plight of the nocturnal creature. "He kept saying mom, dad, you need to tell all your friends all about it….He told us the more people that knew about it the higher chance they had to no longer be in danger and survive," Christina explained.

"I want to save a 100 (pangolins)," Landon said after thinking for a moment.

The Knestrick family hopes to raise more than a thousand dollars to help save the endangered animal.

So far, the money they have made from selling Christmas ornaments has gone to the World Wildlife Fund, where Landon adopted an African pangolin last fall.

"Unfortunately there’s not a whole lot of people that know about the pangolin and hopefully with them being in our national zoos now, maybe that will help people understand what they are and the fact that they are endangered and want to do more to try to help them," Christina said.

The family hopes to take a trip before the end of the year to Chicago’s Brookfield Zoo to see one of 13 pangolins now living in the Habitat Africa exhibit. They are one of six zoos in America to start a breeding program for the mammal.