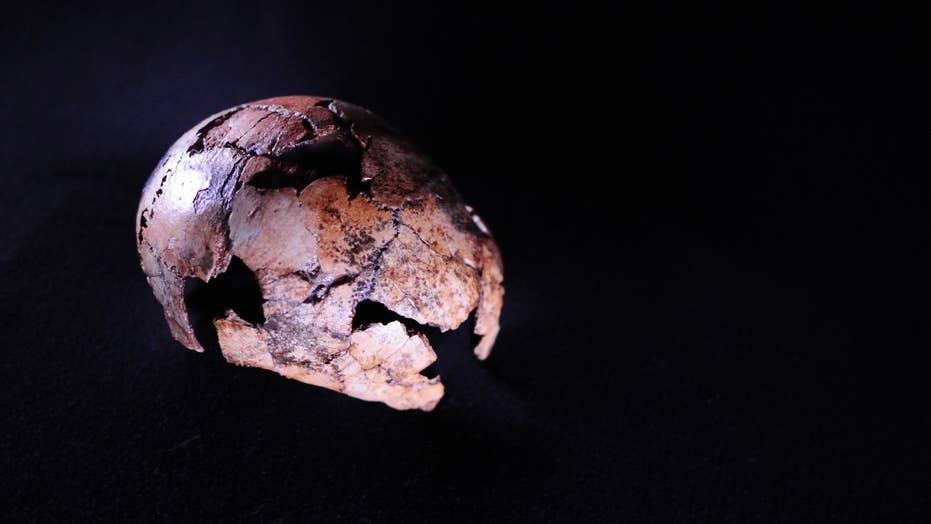 An international team of researchers in South Africa has discovered that our ancestor Homo erectus is older than we thought.

An excavation at Drimolen near Johannesburg uncovered the remains of a hominin, a prehistoric ancestor sometimes described as a “ghost species” of humans.

"During our field school excavations at Drimolen, a student began uncovering a cluster of fragments. We could see that they were parts of a skull. But they weren't immediately identifiable," said Stephanie Baker, a researcher and doctoral candidate at the Palaeo-Research Institute at the University of Johannesburg, in a statement. "Over the course of the field season more and more fragments were uncovered. We began piecing them together. No one could decide what this skullcap was from, until one night it all came together -- and we realised we were looking at a hominin!"

The fossil remains were designated DNH 134 by the researchers.

Drimolen is in an area known as the Cradle of Humankind, a UNESCO World Heritage site where our distant ancestors lived millions of years ago.

Experts had to work out what kind of hominin the remains belonged to.

"This find really challenged us. We compared the assembled skullcap to all of the other examples of hominins in the Cradle area. Eventually, its teardrop shape and relatively big brain cavity meant we were looking at Homo erectus," said Baker.

A direct human ancestor, Homo erectus is best known for migrating out of Africa into the rest of the world, the researchers note. However, no other Homo erectus fossils had been found in South Africa before.

Previously, the oldest known Homo erectus remains, found in Dmanisi in Georgia, were dated to 1.8 million years ago, according to Baker.

The Drimolen Homo erectus, however, is believed to be even older. Soil samples and fragments of other animals found nearby were dated using a range of techniques. “We now know that the Drimolen Main Quarry and all of the fossils in it, are dated from 2.04 to 1.95 million years ago,” said Baker.

"The age of the DNH 134 fossil shows that Homo erectus existed 150,000 to 200,000 years earlier than previously thought," said Prof. Andy Herries, project co-director with Baker and head of the department of archaeology and history at La Trobe University.

"Until this find, we always assumed Homo erectus originated from eastern Africa. But DNH 134 shows that Homo erectus, one of our direct ancestors, possibly comes from southern Africa instead. That would mean that they later moved northwards into East Africa. From there they went through North Africa to populate the rest of the world," added Baker.

The skull is thought to belong to a Homo erectus aged 2 to 3 years old.

Other fascinating discoveries have been made in South Africa in recent years. Last year a historic 17th-century Dutch shipwreck was discovered near a beach in South Africa. Also in 2019, a ‘lost city’ in South Africa was revealed in stunning digital images.