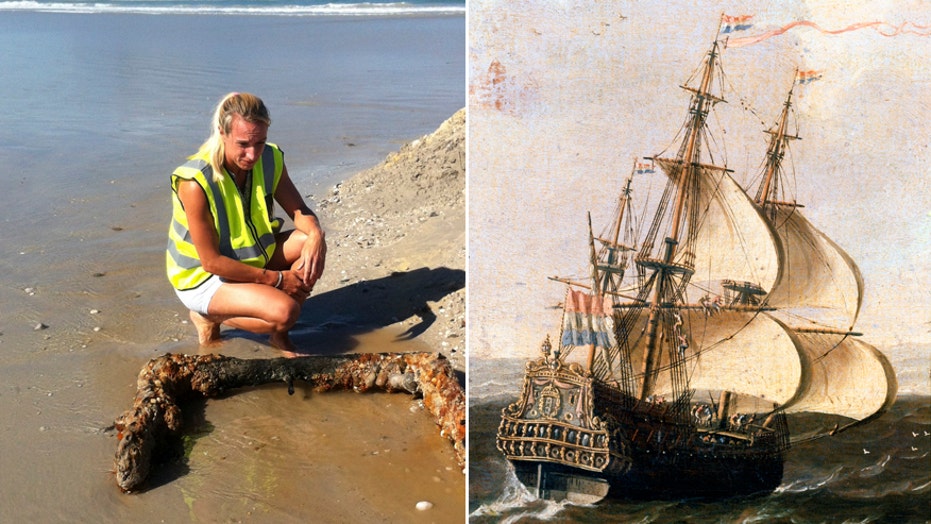 Archaeologists in South Africa have found the long-lost wreck of a Dutch merchant ship that played a crucial role in the country’s colonial history.

The Dutch East India Company vessel “Haarlem,” or “Nieuw Haarlem,” stranded in Table Bay on the evening of March 25, 1647.

The African Institute for Marine and Underwater Research Exploration and Education (AIMURE) explains that 58 people traveling on the ship were taken back to Europe by other merchant vessels, while 62 were left behind to salvage as much of the ship’s cargo as possible.

The salvagers built a makeshift camp dubbed “Fort Zandenburch,” where they lived in for about a year after the shipwreck. They also came into contact with local indigenous people.

When they returned to the Dutch Republic, the management of the Dutch East India Company decided to establish a “stopover for ships” at the location where they founded their camp. Informally known as the “Tavern of the Seas,” this eventually became the modern city of Cape Town.

Briege Williams of the South African Heritage Resources Agency (SAHRA) inspecting an object found in the search for the 'Haarlem' wreck. (©AIMURE/Bruno Werz)

After a 20-year search, archaeologists have now found what they believe is the wreck site off the Cape Town suburb of Table View. Located below about 6.6 feet of water, the wreckage is about 10 to 13 feet below the sea bed, according to AIMURE.

Archaeologists have been working to find the wreck site since 1989 and have now found what they believe is the ship’s final resting place.

Citing a journal entry kept by a merchant traveling on the “Haarlem,” historic charts, geophysical surveys and test excavations, the archaeologists are “95 percent” confident that the wreck site has been found.

“The ultimate proof will be the discovery of 19 iron cannon and 4 iron anchors, as it has been recorded that these items were left behind when the wreck was abandoned,” explained AIMURE in a statement.

Test excavations in the search for the ‘Haarlem’, with Table Bay and Table Mountain in the background. (©AIMURE/Bruno Werz)

“No shipping disaster worldwide had ever such an impact on the history of an entire nation,” added AIMURE CEO Bruno Werz, in a statement emailed to Fox News. “The wrecking of ‘Haarlem’ can be regarded as the catalyst that created not only Cape Town, but also the roots of current multiracial and multicultural South African society.”

Other shipwrecks have also been revealing their secrets. Maritime archaeologists, for example, used underwater drones to reveal the remains of an incredibly well-preserved 500-year-old shipwreck in the Baltic.

Dating back to the late 15th century or early 16th century, the mysterious ship was first spotted by the Swedish Maritime Administration (SMA) in 2009. Earlier this year, a closer analysis of the wreck was done by maritime survey specialists MMT, who were amazed by its level of preservation.

Fragment of a metal composite plate excavated on Sept. 9, 2018. It consists of a layer of copper, backed by a layer of lead. Historical information indicates that the stern post and rudder of Dutch East India Company ships like 'Haarlem' used plates such as this. (©AIMURE/Bruno Werz)

In another project, five cargo-laden ancient shipwrecks were recently discovered off a small Greek island.

On July 18, a mysterious shipwreck was discovered off the east coast of the U.S., which experts say may be the remains of a World War II-era cargo ship.