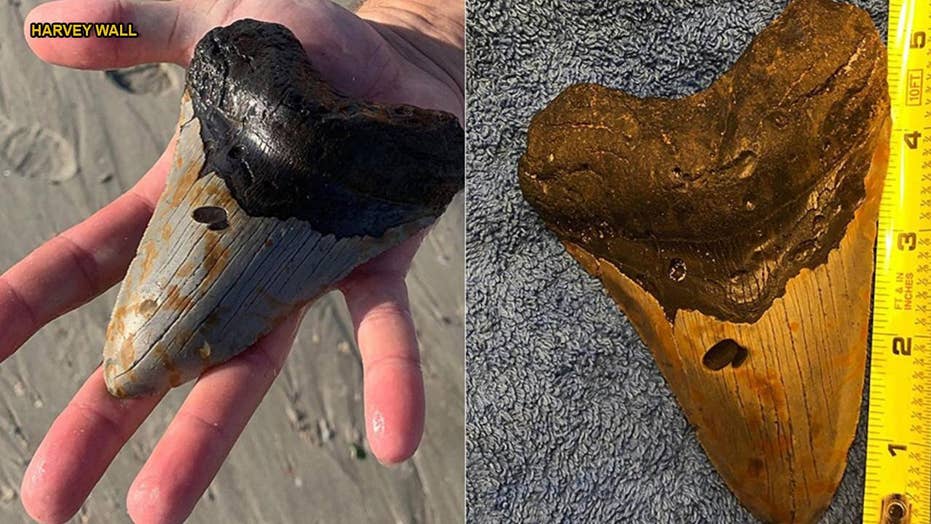 A North Carolina man made a rare prehistoric find last week while taking a stroll along a beach.

A North Carolina man made a rare prehistoric find last week while taking a stroll along a beach.

Harvey Wall was out with his family on the shores of Ocean Isle Beach on June 28 when he saw something sticking out of the sand. He dug it out and discovered a nearly 6-inch tooth of the extinct megalodon shark. He shared photos of the gray tooth and its striking black root on social media. 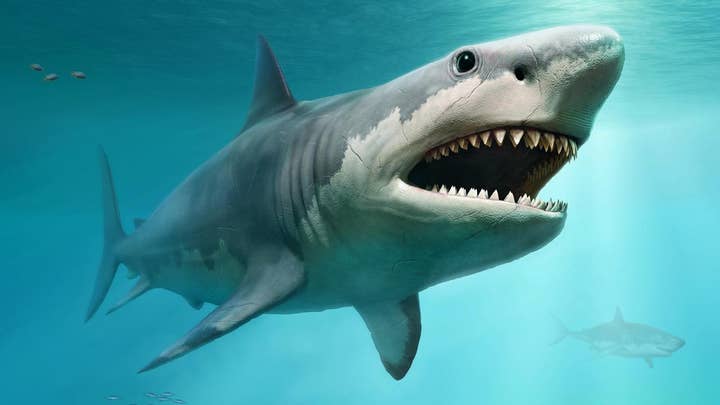 “I was surprised [that it was there]. We were looking for seashells and walking our dogs,” Wall told WECT-TV. “I could only see the black part [of the tooth] in low tide. I kicked it and it flipped over, exposing the whole tooth.”

Wall said he plans on donating the tooth to a local museum. (Harvey Wall)

The megalodon, considered one of, if not the largest marine predator to ever live, had enormous teeth — some approaching nearly 8 inches in length. Its bite diameter measured about 9.8 feet, according to Encyclopedia Britannica.

A study published in February suggests the megalodon died off around 3.6 million years ago, roughly 1 million years sooner than initially thought. It also hypothesized that competition from the great white shark contributed to the sea giant’s extinction.

North Carolina has become known as a hot spot for finding the giant prehistoric teeth. Marine biologist Chris Slog told WTVD-TV last year that the teeth are concentrated in ancient river beds, known as Megalodon Tooth Ledges, located about 40 miles offshore and beneath 110 feet of water.

But finding a tooth so far inland, like Wall, is an unexpected surprise. In April, a middle school girl found a buried megalodon tooth at North Carolina’s North Topsail Beach while on spring break.

While some of the ancient teeth are auctioned off for a profit, Wall has other plans for the rare treasure, writing that he plans to donate it to the Museum of Coastal Carolina.