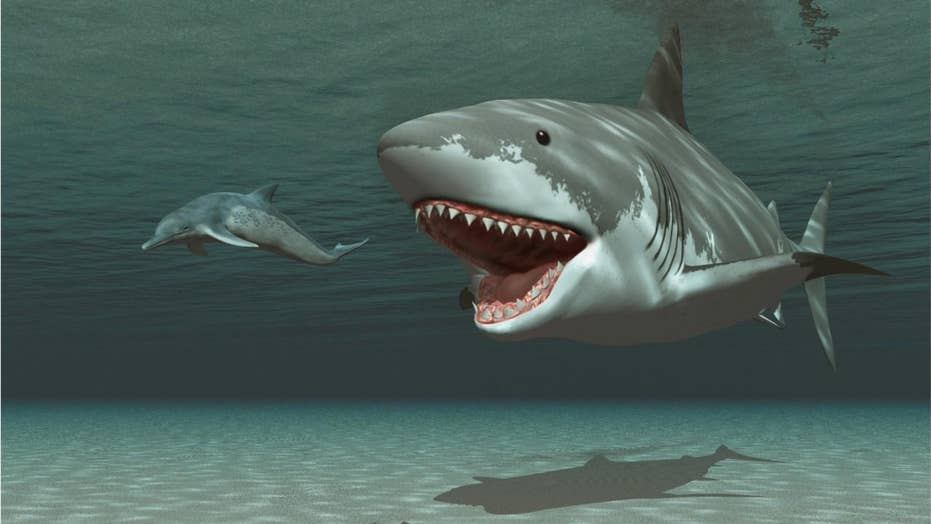 Megalodon killer shark may have been wiped out by great whites

A new study suggests that the Megalodon may have been wiped out by its successor, the great white shark.

In recent months, new theories have cropped up as to how the megalodon, perhaps the largest marine predator to ever live, became extinct. Now, a new study suggests that the giant shark may have died off sooner than previously thought and may have been out hustled by its successor — the great white.

The study, published in PeerJ, suggests that megalodons may have died off around 3.6 million years ago, 1 million years sooner than initially thought. Researchers re-examined fossils found in California and Baja California, Mexico and found evidence they may have been outmaneuvered and outdone by their smaller, more agile cousin.

"Post-middle Miocene oceanographic changes and cooling sea surface temperature may have resulted in range fragmentation, while alongside competition with the newly evolved great white shark (Carcharodon carcharias) during the Pliocene may have led to the demise of the megatoothed shark," the study's abstract reads. "Alternatively, these findings may also suggest a globally asynchronous extinction of Otodus megalodon."

MEGALODON MAY HAVE GONE EXTINCT FOR THIS SHOCKING REASON

Great whites first began to show up on Earth approximately 4 million years ago, so the 400,000-year gap may have been enough time for great whites to become the apex predator of the seas, lead author and vertebrate paleontologist Robert Boessenecker said.

"We propose that this short overlap (3.6-4 million years ago) was sufficient time for great white sharks to spread worldwide and outcompete O. megalodon throughout its range, driving it to extinction-rather than radiation from outer space," Boessenecker said in a statement.

Boessenecker, who is a professor at the College of Charleston, did not seem to give much credence to the recent study that an exploding star or "supernova" resulted in the megalodon going extinct.

"Rather, it is possible that there was a period of faunal turnover (many species becoming extinct and many new species appearing) rather than a true immediate and catastrophic extinction caused by an astronomical cataclysm like a supernova," Boessenecker added.

It had been previously thought that the megalodon went extinct as part of a mass extinction event approximately 2.5-million-years-ago, which saw the deaths of hundreds of marine species, including a number of different seals, walruses, sea cows, porpoises, dolphins and whales.

MEGALODON MAY HAVE BEEN KILLED OFF BY AN EXPLODING STAR

Another theory that has gotten a lot of attention in recent months is that the megalodon, which grew up to 60 feet in length with teeth nearly the size of a standard sheet of paper, simply were unable to regulate their body temperatures. Cooler ocean temperatures during the Pliocene era led its preferred food, whales, to adapt, while the megalodon was not.