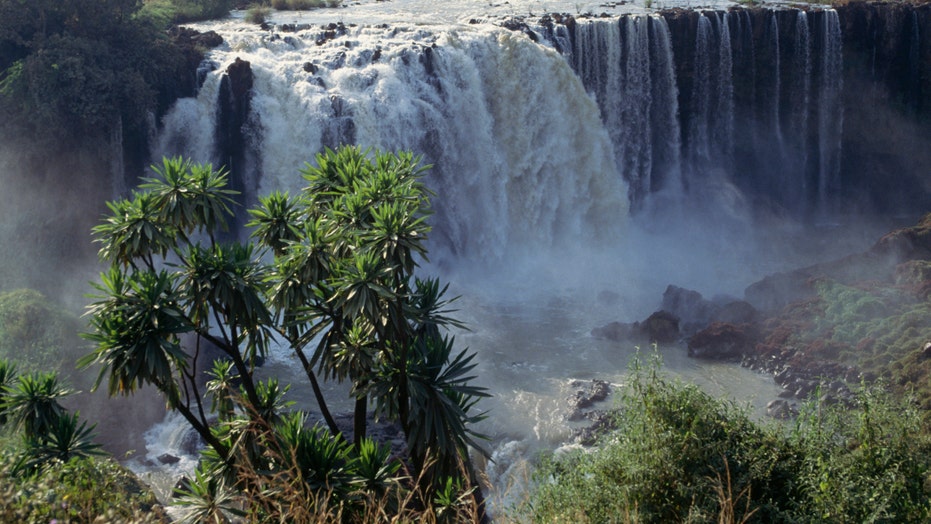 Geologists have extensively debated the age of the Nile, with some early figures settling on around 6 million years. They've also wondered how the 4,132 mile-long river kept its persistence for so long, continually flowing north, a very unusual direction for river water to take.

Now, researchers believe they may have the answers to these questions.

In a study published Nov. 11, the research team, led by University of Texas professor Claudio Faccenna, looked at the Nile’s connection with the Earth’s deep mantle, which is made up of rock that moves in different directions, similar to currents in an ocean. According to the research, the slanted topography (or the arrangement of physical features of an area) of the Nile is caused by the conveyor belt-like movement of mantle rock running up against the Ethiopian Highlands in the south, pushing the highlands up while at the same time pulling the surface downward up north. This slight downward slope from the start of the river in the south to the Nile’s mouth in the Mediterranean Sea is what causes the river to flow northward.

Up until now, the fact that the Nile has persisted for so long befuddled geologists, as many long-lasting rivers eventually change course at some point. The team’s research revealed that the river would’ve changed course westward many, many years ago if it weren’t for this movement of the deep mantle.

The researchers utilized a variety of methods for the study.

“We used a combination of geological studies of long-term topography evolution, sedimentological studies tracking where the material has been transported by rivers over time, and geodynamic modeling,” professor Thorsten Becker, a research scientist at UT Austin’s Institute for Geophysics, said in an interview with Fox News.

They also ran computer models that would simulate up to 40 million years of plate tectonic activity in the area. According to the models, a hot mantle plume caused lava flow resulting in the creation of Ethiopian Highlands, as well as the “conveyor belt” mantle activity. In the computer, this resulted in changes in the landscape almost exactly as the team predicted.

“The geodynamic models predict topography at each timestep, and by tracking how plate tectonics evolved together with deep mantle structure over time, we were able to show that the mantle has sustained an upward push over thirty million years,” Becker added.

The map shows how sediment is transported from the Nile’s source high in the Ethiopian Highlands to the Nile Delta in the Mediterranean Sea. By studying the layers of sediment carried by the river over millions of years, the researchers were able to recreate the story of uplift in the region. (Credit: Claudio Faccenna et al.)

CAN HOBBITS SWIM? 'MORDOR UNDER THE SEA' FOUND OFF AUSTRALIA

Becker believes the team’s research shows that the Nile is over 30 million years old, which may settle the debate for good.

But why was the river’s age argued about so much in the first place?

“The evolution of topography over time is a complicated problem that is affected by deep mantle dynamics and climate, and everything in between,” Becker explained. “We think our results are robust and convinced ourselves that the story is probably true because there are a number of lines of evidence pointing toward it, but we're also sure that this is not the last word on topography within the Mediterranean.”

The study can be found in the journal Nature Geoscience.