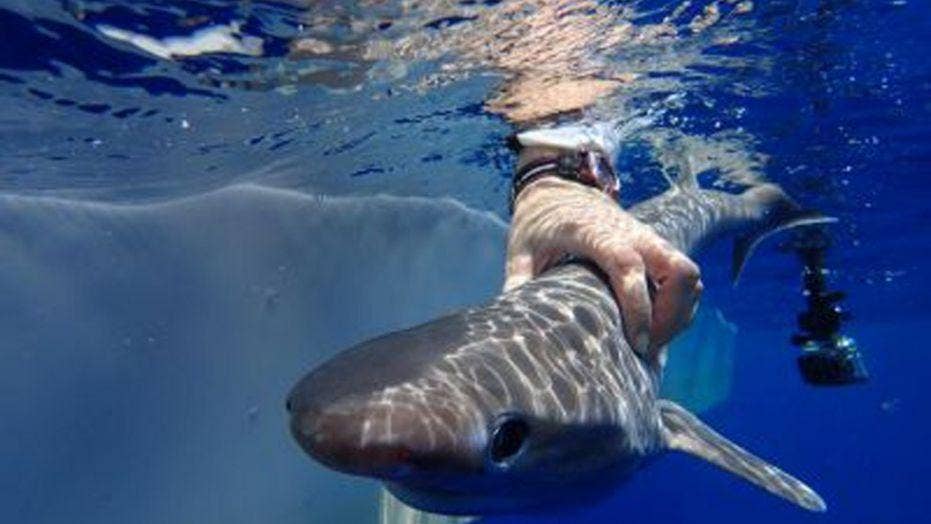 New species of shark discovered has ancestors older than dinosaurs

A new type of shark was discovered in the Atlantic ocean, one with ancestors that lived 250 million years ago. After decades of looking for these elusive deep-sea predators, scientists are calling the new species, the Atlantic sixgill shark.

After decades of looking for it, scientists have discovered a new species of shark, one whose ancestors lived 250 million years ago.

“We showed that the sixgills in the Atlantic are actually very different from the ones in the Indian and Pacific Oceans on a molecular level, to the point where it is obvious that they’re a different species even though they look very similar to the naked eye,” said Florida Tech assistant professor Toby Daly-Engel in a statement. Engel is also the lead researcher of the study.

The sixgill shark is mostly found in "tropical and temperate waters" according to the study's abstract, which cited areas of the Atlantic Ocean as Belize, Gulf of Mexico and Bahamas.

The scientists looked at 1,310 base pairs of two mitochondrial genes and found that there were enough differences to determine that the Atlantic version of the sixgill shark is different enough from those living in the Pacific and Indian oceans to be considered a different species.

The study, which has been published in the journal Marine Biodiversity, was a collaboration of work from different institutions. The Florida Institute of Technology, MarAlliance, Florida State University Coastal and Marine Laboratory and the National Marine Fisheries Service, Southeast Fisheries Science Center were all involved.

Sixgill sharks have been on the planet for millions of years, with ancestors having swam in the oceans for 250 million years. By comparison, dinosaurs first appeared approximately 230 million years ago, according to the USGS.

Because sixgill sharks swim thousands of feet below the ocean surface, identifying and studying them has been difficult. Unlike their relatives in the Indian and Pacific Oceans, they do not grow very large, reaching approximately six feet in length by adulthood. They also have saw-like teeth on the lower jaw and six gill slits.

Sixgill sharks in the Indian and Pacific Oceans can reach over 15 feet in length when fully grown.

“Because we now know there are two unique species, we have a sense of the overall variation in populations of sixgills. We understand that if we overfish one of them, they will not replenish from elsewhere in the world,” Daly-Engel added in the statement. He also said that the study sheds more light on shark diversity, "particularly diversity in the deep ocean, which we don’t know much about."