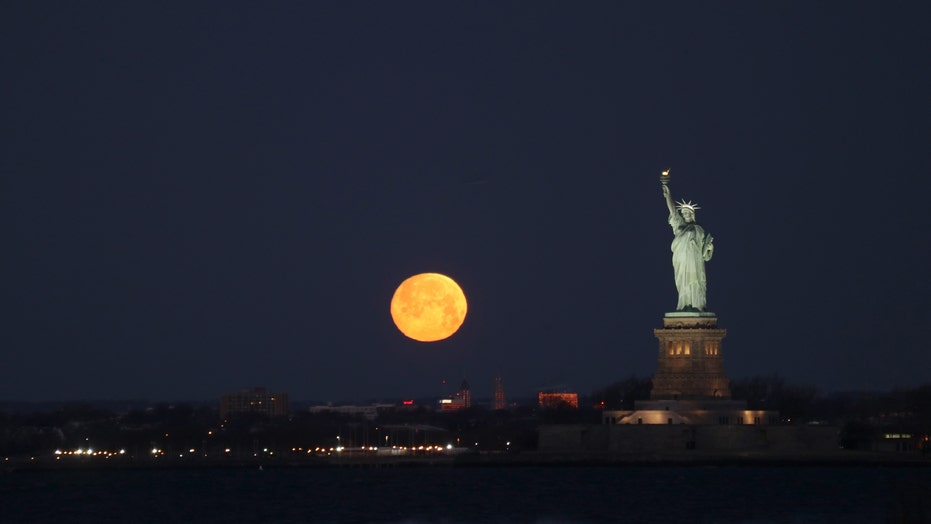 The next new moon will occur on Feb. 23. Here is what you need to know.

The moon will be new at 10:32 a.m. ET on Sunday, Feb. 23, according to NASA. “By the modern definition, New Moon occurs when the Moon and Sun are at the same geocentric ecliptic longitude. The part of the Moon facing us is completely in shadow then,” explains the space agency’s Scientific Visualization Studio on its website.

However, typically, new moons can’t be seen, according to EarthSky, which notes that they usually make their way across the sky during the day.

Skygazers recently enjoyed the spectacular February full moon or snow moon. The snow moon is one of the largest full moons of 2020 and lit up the sky on Feb. 8 and 9.

In New York City, photographers braved the cold on the waterfront at Red Hook, Brooklyn on Feb. 8 to capture images of the almost-full moon behind the Statue of Liberty.

The moon looms large in America’s space future.  NASA’s Artemis program aims to land American astronauts on the moon by 2024 and establish a sustainable human presence on Earth’s natural satellite.

With America ramping up its space strategy, Vice President Mike Pence vowed this week that NASA astronauts will soon launch into space from U.S. soil for the first time in almost 10 years.

Pence, who is chairman of the National Space Council, gave the speech at NASA’s Langley Research Center in Virginia.

NASA ASTRONAUTS WILL RETURN TO SPACE FROM US SOIL 'BEFORE SUMMER': PENCE

“Before we even get to the summer, with the strong support of all of you, the United States will return American astronauts to space on American rockets from American soil,” he explained. “We’re going back, and we going back from the USA.”

Since the retirement of the space shuttle in 2011, the U.S. has been relying on Russian Soyuz rockets, launched from Kazakhstan, to get astronauts to the International Space Station.