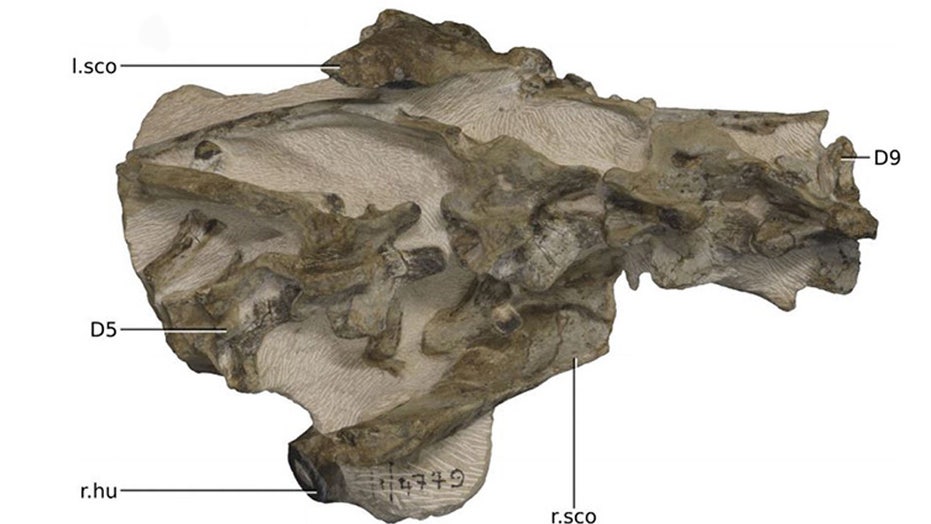 Researchers have identified a new type of dinosaur after it was "hiding in plain sight" at a museum in South Africa for nearly 30 years.

Now known as Ngwevu intloko, the omnivore at been sitting in a collection of dinosaurs known as Massospondylus, when researchers reexamined the fossils.

"This is a new dinosaur that has been hiding in plain sight," professor Paul Barrett, a dinosaur researcher at the Museum of Natural History in London, said in a statement. "The specimen has been in the collections in Johannesburg for about 30 years, and lots of other scientists have already looked at it. But they all thought that it was simply an odd example of Massospondylus."

A good deal of the rest of the animal's skeleton also got fossilized. (Credit: Kimberley Chapelle)

Ngwevu intloko likely had a similar body to Massospondylus, one of the earliest dinosaurs during the Jurassic period. It likely measured nearly 10 feet from the tip of its snout to the end of its tail, while walking on two legs, balanced on the other end by its long neck.

"It can be distinguished from all other basal sauropodomorphs by a combination of 16 cranial and six postcranial characters," the study's abstract, discussing the find, adds.

Kimberley Chapelle, the lead author on the study, told The Guardian that they were able to rule out age "as a possible explanation for the differences" as Massospondylus fossils are very common to South Africa.

Chapelle, Barrett and the other researchers are going to look at the other fossils previously believed to be Massospondylus and expect that they may find other Ngwevu intloko's or perhaps, other new species.

Some of these other sauropodomorphs were very much like Massospondylus, but a few were incredibly close to the origins of true sauropods, if not true sauropods themselves."

The research has been published in the scientific journal PeerJ.