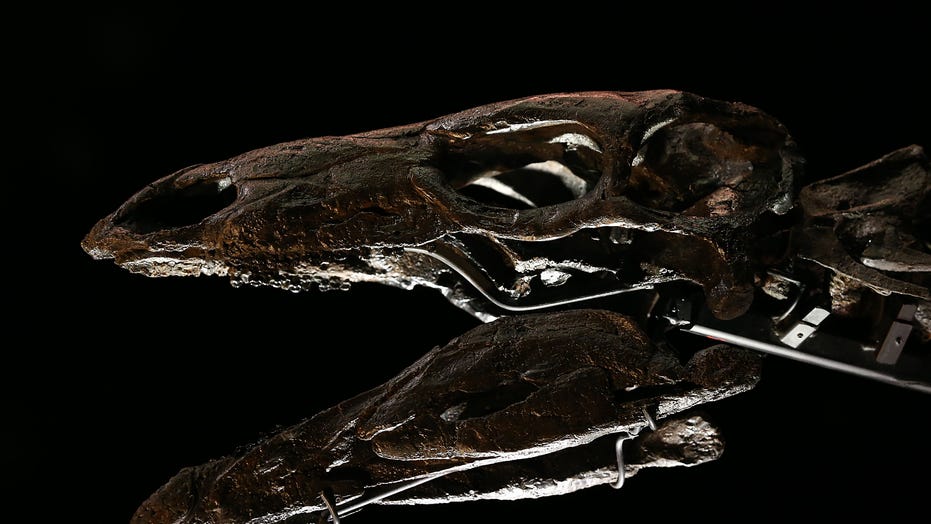 British scientists have discovered a new species of stegosaurus that's believed to be the oldest of its kind ever found.

The remains of the armored dinosaur, which had unique plate-shaped bones protruding from its spine, were investigated by a group from the British Natural History Museum.

According to the museum, they belong to a new genus that dates to about 168 million years ago, or the middle Jurassic period, making the remains much older than most known stegosaurs.

The remains were found in the Middle Atlas mountains of Morocco.

A view of the world's most complete Stegosaurus fossil as it is unveiled at a press preview at the Natural History Museum on December 3, 2014 in London, England. (Photo by Carl Court/Getty Images)

“Most known stegosaurs date from far later in the Jurassic period, making this the oldest definite stegosaur described and helping to increase our understanding of the evolution of this group of dinosaurs," Susannah Maidment, who led the team, said in a press statement.

The specimen is the first stegosaur to be found in North Africa.

Maidment explained: “What is exciting about this is that there could be many more thyreophoran dinosaurs to find in places that until now have not been excavated.”