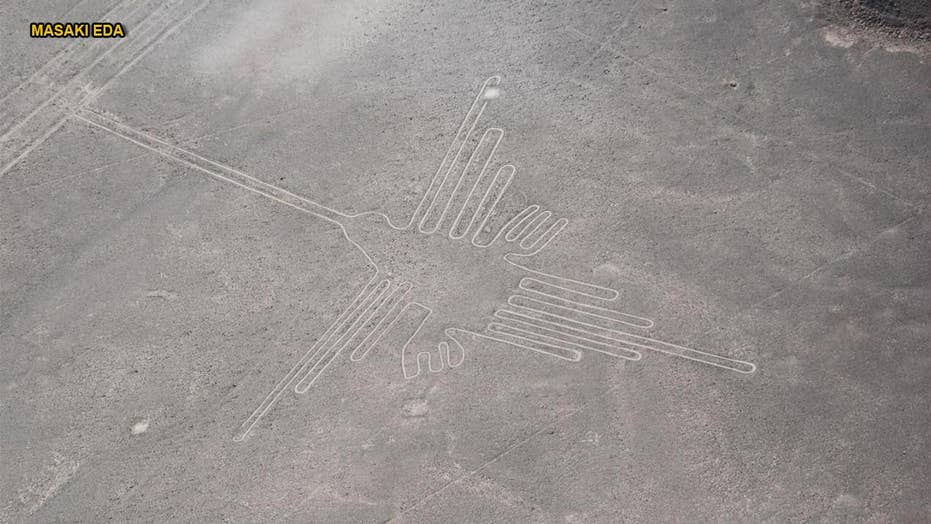 The Nazca Lines, a collection of nearly 2,000 drawings etched into the desert of southern Peru, is long regarded as one of archaeology’s greatest mysteries. A team of scientists studying a collection of the Nazca Lines have revealed a number of bird-like drawings depict exotic species to the region, not local birds as previously believed.

Scientists are shedding new light on the mysterious Nazca Lines etched in the desert of southern Peru, revealing what some of the drawings actually depict.

A UNESCO World Heritage Site located about 249 miles south of Lima, the Lines are regarded as one of archaeology’s great mysteries. The lines are scratched into the dark ground to reveal the lighter-colored earth underneath, and are best viewed from the air. They depict a range of animals, plants, imaginary beings and geometric figures.

Experts from the Hokkaido University Museum, the Yamashina Institute for Ornithology and Yamagata University in Japan studied the 16 bird geoglyphs among the more than 2,000 drawings in the area.

VISIBLE ONLY FROM ABOVE, MYSTIFYING 'NAZCA LINES' DISCOVERED IN MIDEAST

"Until now, the birds in these drawings have been identified based on general impressions or a few morphological traits present in each figure,” said Masaki Eda of the Hokkaido University Museum, in a statement. “We closely noted the shapes and relative sizes of the birds' beaks, heads, necks, bodies, wings, tails and feet and compared them with those of modern birds in Peru.”

The research re-classified a previously identified hummingbird as a hermit. (Masaki Eda)

The scientists were then able to reclassify some of the drawings. One famous shape carved into the desert, long thought to be a hummingbird, actually depicts a hermit, they say. Another drawing, which was previously thought to be a guano bird, is actually a pelican, as is another long unidentified bird among the drawings.

"The Nasca people who drew the images could have seen pelicans while food-gathering on the coast,” Eda explained. “Our findings show that they drew exotic birds, not local birds, and this could be a clue as to why they drew them in the first place.”

Etched into the ground by pre-Inca people, the Nazca Lines date from 400 B.C. to 1000 A.D. Mystery, however, still swirls around why they were created. Theories include that they are a primitive Sun calendar, an irrigation system or even an alien landing strip, according to LiveScience.

With its long and thin bill, short legs, three toes facing the same direction, and the long tail with an elongated middle section, the previously identified hummingbird is re-classified as a hermit. In Peru, long and pointed tails only occur in hermits whereas the tails of typical hummingbirds are forked or fan-shaped. (Eda M., Yamasaki T., Sakai M. Journal of Archaeological Science: Reports. June 20, 2019)

The researchers’ study is published in the Journal of Archaeological Science: Reports.