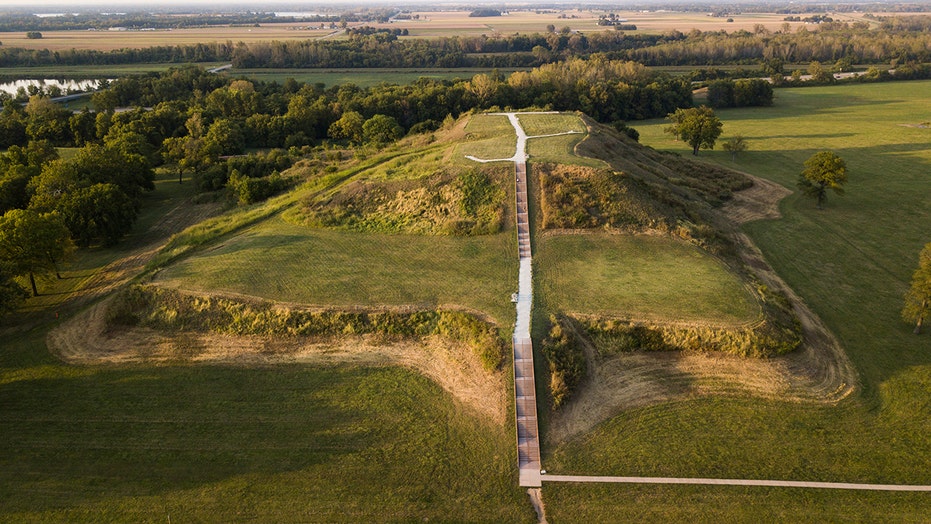 A team of archaeologists is debunking the myth surrounding the demise of the lost Native American civilization that was once at Cahokia Mounds near Collinsville, Ill.

Experts analyzed ancient human feces to shed new light on the lost city, challenging the narrative about its legendary end.

“In its heyday in the 1100s, Cahokia — located in what is now southern Illinois — was the center for Mississippian culture and home to tens of thousands of Native Americans who farmed, fished, traded and built giant ritual mounds,” explained the University of California, Berkeley, in a statement. “By the 1400s, Cahokia had been abandoned due to floods, droughts, resource scarcity and other drivers of depopulation.”

The pre-Columbian Mississippian culture lasted from approximately 700 A.D. until the arrival of Europeans, according to Encyclopaedia Britannica.

The new research, which is published in the journal American Antiquity, argues that the exodus from Cahokia was short-lived.

“One would think the Cahokia region was a ghost town at the time of European contact, based on the archeological record,” said UC-Berkeley doctoral student A.J. White, the study’s lead author, in the statement. “But we were able to piece together a Native American presence in the area that endured for centuries.”

By studying the remains of human feces, fossil pollen and charcoal researchers found that the region was repopulated by a fresh wave of Native Americans in the 1500s. A steady population presence was kept in the area through the 1700s, until migrations, war, disease and environmental change took their toll.

Key evidence was found in the form of fecal stanols – microscopic organic molecules produced in our guts when food is digested. Excreted in feces, fecal stanols can be preserved in sediment for thousands of years, according to UC-Berkeley.

Researchers dug up core samples of mud from 10 feet beneath a lake adjacent to Cahokia Mounds State Historical Site. These were used to measure population changes in the area from the Mississippian era through to contact with Europeans.

“There’s very little archaeological evidence for an indigenous population past Cahokia, but we were able to fill in the gaps through historical, climatic and ecological data, and the linchpin was the fecal stanol evidence,” White said in the statement.

The doctoral student said that the decline of the Mississippian culture did not mark the end of the Native American presence at Cahokia. Instead, the region experienced complex migrations, war and ecological changes in the 1500s and 1600s, he explained.

“The story of Cahokia was a lot more complex than, ‘Goodbye, Native Americans. Hello, Europeans,’ and our study uses innovative and unusual evidence to show that,” White said.

Experts from Northeastern University, the University of Wisconsin-Madison and California State University, Long Beach also participated in the research.

In recent years, experts have been unearthing new details of centuries-old Native American sites. The discovery of child-sized weapons at a site in Oregon, for example, is shedding new light on ancient Native American childhood.

An ancient Native American village in Louisiana is also revealing its secrets thanks to new research.

In 2017 a perfectly-preserved 1,000-year-old hunter’s dart was discovered in a melting ice patch in Canada’s remote Yukon Territory.

In 2016, researchers at the Cahokia Mounds released a study that sheds new light on the ancient city’s power structure.