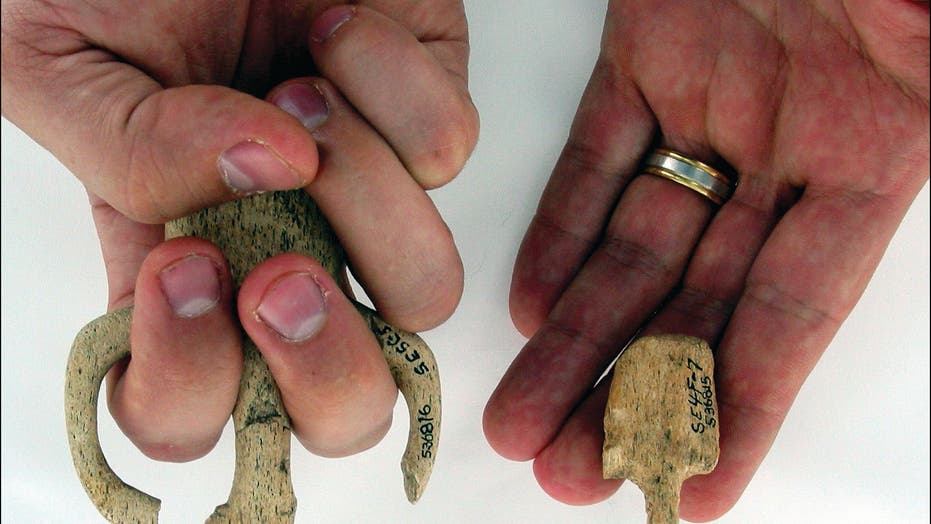 The discovery of child-sized weapons at a site in Oregon is shedding new light on ancient Native American childhood.

A new analysis of items recovered from the Par-Tee archaeological site at the mouth of the Columbia River revealed fragments of a number of atlatls; throwing tools that increased the velocity of darts.

“Until the invention of the bow and arrow, these ancient dart-throwing weapons were the pinnacle of projectile weaponry and their proper use was key to survival,” the researchers said in a statement emailed to Fox News.

Because the atlatls found at Par-Tee varied greatly in size, archaeologists concluded that many of them were designed to be used by children.

“Basically, they scaled-down their atlatls so they were more easily usable is small hands,” said lead author Robert Losey, associate professor of anthropology at the University of Alberta and lead author of a study on the weapons, in the statement. “This helped children master the use of these weapons.”

In recent years, experts have been unearthing new details of centuries-old Native American sites. An ancient Native American village in Louisiana, for example, is revealing its secrets thanks to new research.