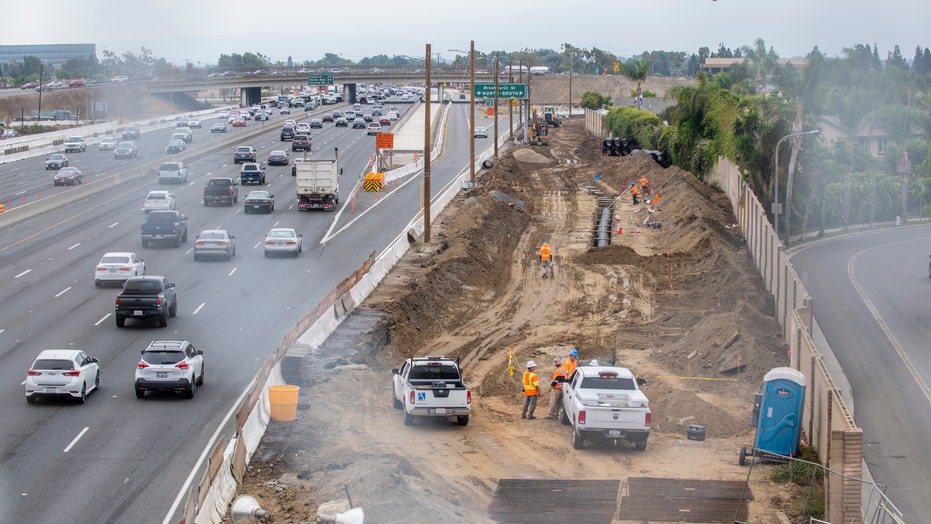 Construction workers have uncovered bones believed to be from a Native American during a dig at a California highway.

“On Wednesday, Sept. 25, what appeared to be bones were found by construction workers who were excavating as part of the I-405 Improvement Project,” a spokesman for the Orange County Transportation Authority told Fox News, via an emailed statement. “An archeologist and the county coroner were consulted and inspected what was found at the site and determined that they are human remains, likely of Native American descent.”

The spokesman explained that construction work on the I-405 was immediately halted in the area where the bones were found. “Work remains stopped in the area while all established procedures are followed,” he added.

Officials are unable to reveal the location of the find, citing California law regarding graves, cemeteries and sacred places, as well as concerns that people may try to explore the area.

“OCTA is working with Caltrans, which oversees and ensures that those established state procedures are followed, including consulting with the California Native American Heritage Commission,” the spokesman said. “The commission determines a most likely descendant from a local Native American tribe. OCTA and its partners recognize the cultural sensitivity of the issue and will work with all parties involved to ensure appropriate and respectful procedures are followed.”

Other Native American sites have been garnering attention recently. An ancient Native American village in Louisiana, for example, is revealing its secrets thanks to new research.

The study of ancient mound builders who lived in the Mississippi River Delta near present-day New Orleans offers fresh insight into how the settlements emerged and why they were abandoned.

In another recent project, archaeologists discovered an “unprecedented” 7,000-year-old Native American burial site beneath the Gulf of Mexico off the coast of Florida.