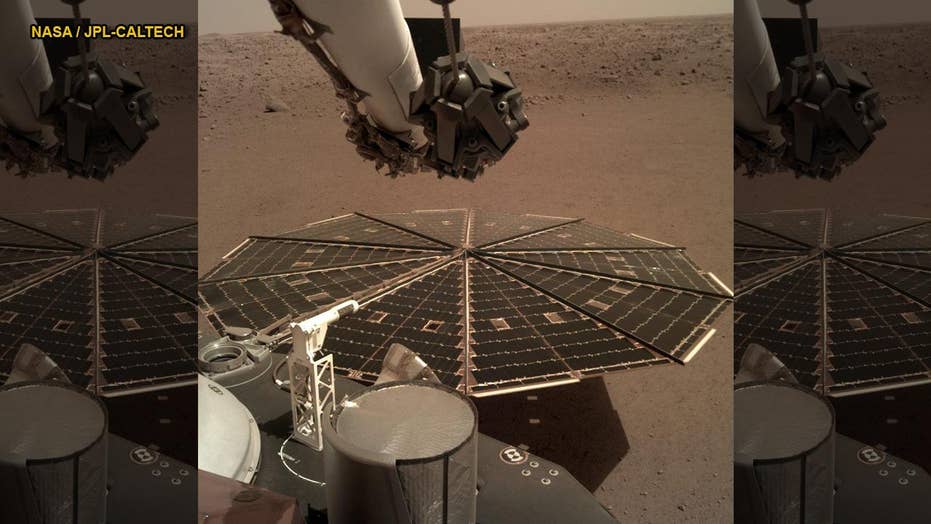 Sensors on NASA's Mars InSight Lander have captured the first 'sounds' of Martian wind. In a NASA video captured on Dec. 1 when the Martian wind was blowing between 10 to 15 mph, the wind vibrations can be heard as a low rumble, after being raised two octaves to be more perceptible to the human ear.

NASA's InSight Mars Lander has deployed its first instrument, a seismometer, on the surface of the Red Planet.

“New images from the lander show the seismometer on the ground, its copper-colored covering faintly illuminated in the Martian dusk,” explained NASA, in a statement released Wednesday. “It looks as if all is calm and all is bright for InSight, heading into the end of the year.”

The InSight mission, which is managed by NASA’s Jet Propulsion Laboratory, will provide scientists with a wealth of data. By studying Mars’ deep interior, the mission is expected to provide valuable information on the formation of rocky worlds, including Earth.

The Mars InSight Lander reached the Red Planet on Nov. 26 after an epic journey of more than 300-million miles that lasted six months. Sensors on the Lander recently captured the first-ever “sounds” of Martian wind.

"InSight's timetable of activities on Mars has gone better than we hoped," said InSight Project Manager Tom Hoffman, who is based at NASA's Jet Propulsion Laboratory in Pasadena, Calif., in the statement. "Getting the seismometer safely on the ground is an awesome Christmas present."

The seismometer will study ground motion on the Red Planet, known as “marsquakes.”

"Having the seismometer on the ground is like holding a phone up to your ear," said Philippe Lognonné, principal investigator of SEIS from Institut de Physique du Globe de Paris (IPGP) and Paris Diderot University, in the statement. "We're thrilled that we're now in the best position to listen to all the seismic waves from below Mars' surface and from its deep interior."

Last month, NASA announced that it has selected the location where its Mars 2020 Rover will land on the Red Planet. The rover is expected to reach the Martian surface on Feb. 18, 2021.