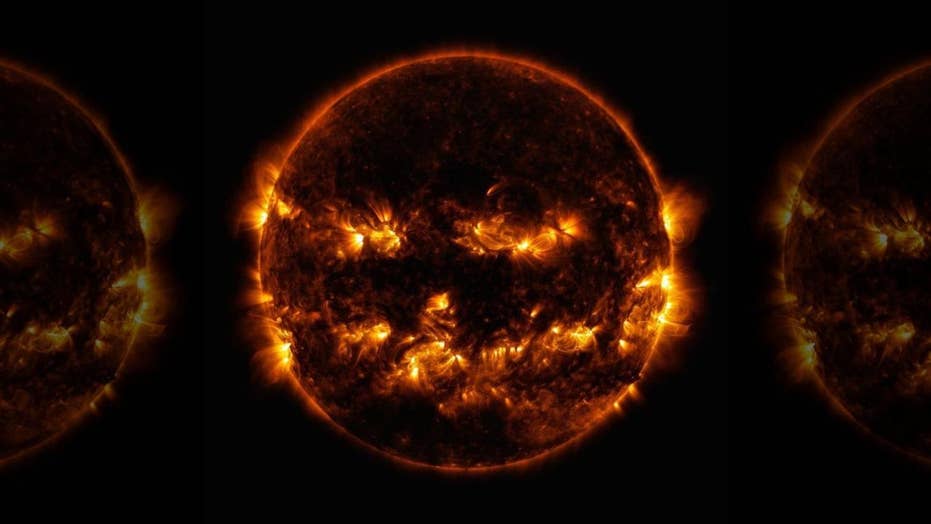 SEE IT: NASA shares image of the sun resembling a jack-o’-lantern

SEE IT: The sun resembles a jack-o’-lantern in this newly released NASA photo.

NASA on Sunday got into the Halloween spirit and posted an image of the sun that resembled a flaming jack-o’-lantern.

NASA CHIEF SAYS PLUTO SHOULD BE A PLANET

The space agency said the photo was taken on Oct. 8, 2014 by its Solar Dynamics Observatory satellite. The flares that are visible are ultraviolet light from its active regions.

"The active regions in this image appear brighter because those are areas that emit more light and energy," the statement read. "They are markers of an intense and complex set of magnetic fields hovering in the sun’s atmosphere, the corona. This image blends together two sets of extreme ultraviolet wavelengths…typically colorized in gold and yellow, to create a particularly Halloween-like appearance.”