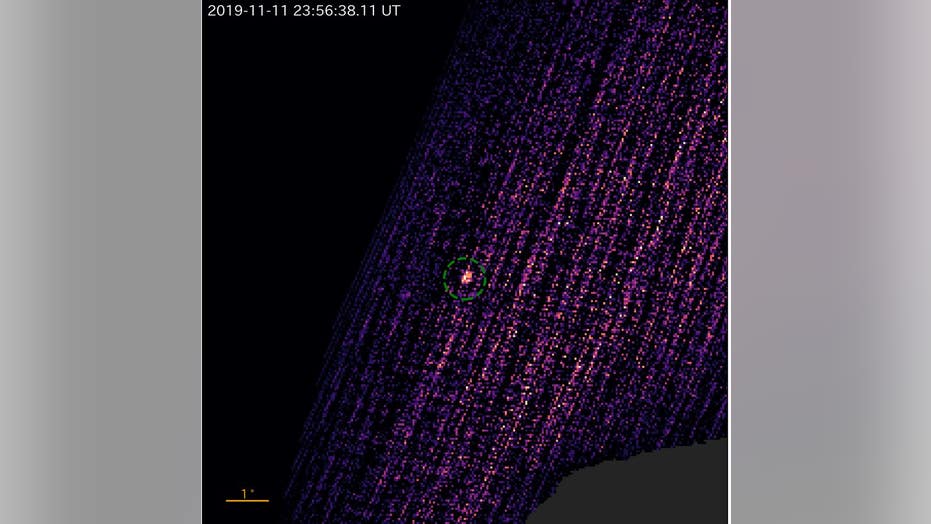 In November 2019, the student-built Regolith X-Ray Imaging Spectrometer (REXIS) onboard NASA’s OSIRIS-REx spacecraft detected a newly flaring black hole in the constellation Columba while making observations off the limb of asteroid Bennu.

“Our initial checks showed no previously cataloged object in that position in space,” Branden Allen, a Harvard research scientist and student supervisor who first spotted the source in the REXIS data, said in a statement.

According to NASA, the glowing object turned out to be a newly flaring black hole X-ray binary.

COULD THIS PERSONAL BUBBLE KILL CORONAVIRUS?

An instrument developed by students at MIT and Harvard picked up a flare of X-rays from a black hole that is now named MAXI J0637-430. (NASA)

“Detecting this X-ray burst is a proud moment for the REXIS team. It means our instrument is performing as expected and to the level required of NASA science instruments,” said Madeline Lambert, an MIT graduate student who designed the instrument’s command sequences that revealed the black hole, in a statement.

X-ray blasts can only be seen from space because Earth’s protective atmosphere shields our planet from X-rays.

The purpose of the REXIS instrument is to train the next generation of scientists and engineers in the creation of and operation of spaceflight hardware, NASA said.

“We set out to train students how to build and operate space instruments,” said MIT professor Richard Binzel, instrument scientist for the REXIS student experiment. “It turns out, the greatest lesson is to always be open to discovering the unexpected.”