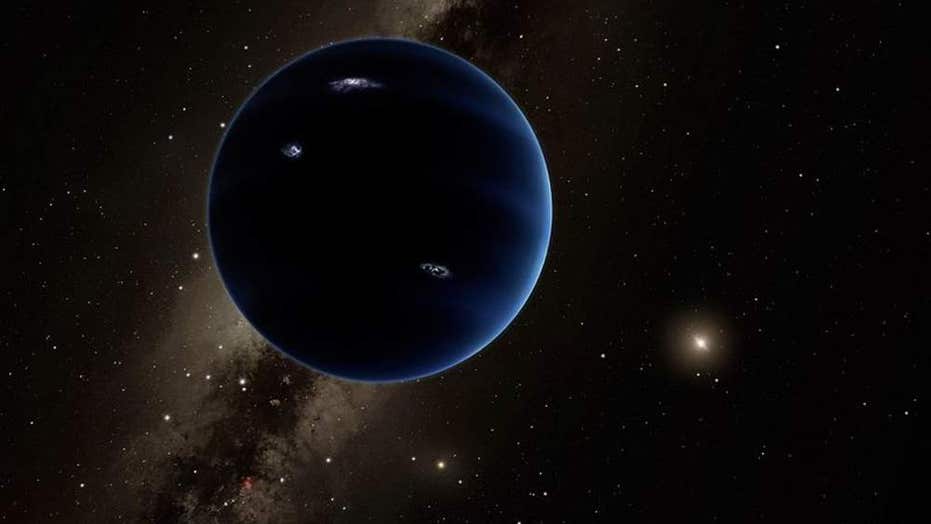 The hypothetical Planet 9 has been bandied about for several years, first mentioned in 2014, but researchers have yet to find it. Now, a well-known theoretical physicist believes we could find the mysterious object using "laser-launched spacecraft."

Edward Witten, who many consider to be the founder of M-theory, a theory in physics that unifies superstring theory, believes a fleet of these craft could find the celestial object with relative ease.

"There are hints of a novel object ("Planet 9") with a mass 5−10 M in the outer Solar System, at a distance of order 500 [astronomical units]," Witten, of the Institute for Advanced Study, wrote in the study's abstract. "If it is a relatively conventional planet, it can be found in telescopic searches. Alternatively, it has been suggested that this body might be a primordial black hole (PBH). In that case, conventional searches will fail."

Witten continued: "A possible alternative is to probe the gravitational field of this object using small, laser-launched spacecraft, like the ones envisioned in the Breakthrough Starshot project. With a velocity of order [0.1 percent of the speed of light], such spacecraft can reach Planet 9 roughly a decade after launch and can discover it if they can report timing measurements accurate to 10−5 seconds back to Earth."

The paper, submitted in late April, has not yet been peer-reviewed.

In September, a separate study suggested that Planet 9 was not a planet, but rather a primordial black hole, hypothetical black holes that formed soon after the universe, as Witten alluded to.

Researchers have not been able to locate them just yet, but researchers believe they are prevalent and may play a role in the existence of dark matter.

In an interview with LiveScience, Witten said he wasn't sure if his approach to find the mysterious object could work.

"It is far from clear if my proposed way to search for Planet 9 is practical, or if it is the best way even if it is practical," he told the news outlet.

Building the laser facility for the craft would be expensive, Witten admitted in the paper, specifically citing "a rough cost estimate is given of $517 million for the launch system." However, once the facility is built, the energy cost per launch would be $8,000, for batteries.

"Of course, a launch has other costs, including the cost of the spacecraft themselves. Still, it might be possible to launch hundreds or thousands of miniature spacecraft searching for Planet 9," Witten wrote.

Each probe would need just two devices -- a precise clock and a radio transmitter, LiveScience added. Every time the clock on the probe ticked, it would let engineers back on Earth know the time on the spacecraft. As it got further away and the time to receive the messages took longer, researchers could know precisely where the probes are, understanding how the fleet is moving through space.

Witten added that the craft would be accelerated by Planet 9's gravity. "As a result, it is at any given time farther from Earth than expected, and a signal from the spacecraft arrives on Earth a little later than it would if the object is not there," Witten told Live Science.

"If further study of the Kuiper belt strengthens the case for existence of Planet 9, but discovery via telescopic searches or a dark matter annihilation signal does not follow, then a direct search by a fleet of miniature spacecraft may become compelling," Witten wrote in the paper. "Once Planet 9 is found by this method, subsequent searches by the same method could pin down its location far more precisely and perhaps eventually make possible a close-up study of this object."

A hypothetical planet that has been described as "the solar system's missing link," Planet 9 (also known as Planet X) has been part of the lexicon for several years, first mentioned in 2014. It was brought up again in 2016, when Caltech astrophysicists Mike Brown and Konstantin Batygin first wrote about it.

"No other model can explain the weirdness of these high-inclination orbits," Batygin said at the time. "It turns out that Planet Nine provides a natural avenue for their generation. These things have been twisted out of the solar system plane with help from Planet 9 and then scattered inward by Neptune."

In October 2017, NASA released a statement saying that Planet 9 might be 20 times further from the Sun than Neptune is, going so far as to say "it is now harder to imagine our solar system without a Planet 9 than with one."

Some researchers have suggested the mysterious planet may be hiding behind Neptune and it may take up to 1,000 years before it's actually found.

Two studies published in March 2019 offered support of its existence. Another study published in January 2019 suggested that some of the farthest celestial bodies in our planetary system aren't being impacted by this yet-to-be-discovered planet, but rather another mysterious object deep in the echoes of space.