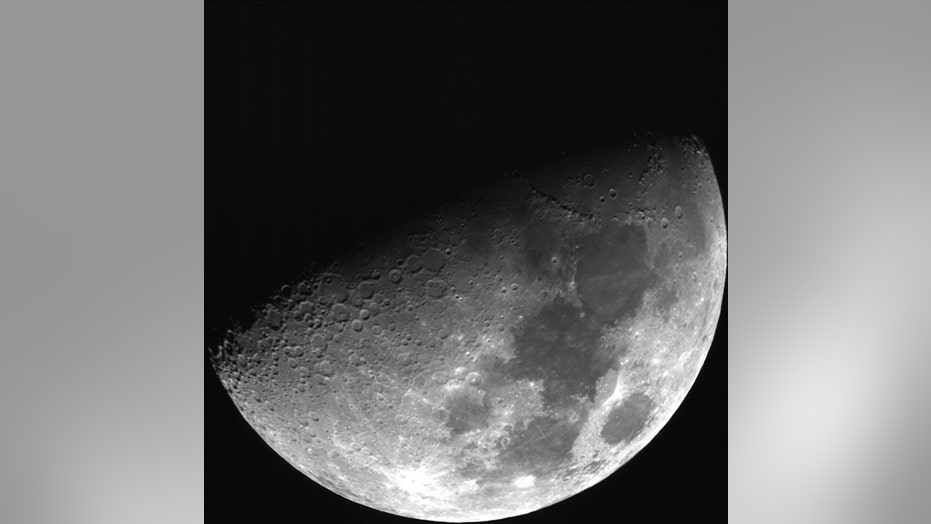 Astronomers have been excited by the Moon for eons, a level that has grown considerably as technological advancements gave humanity access to its surface, and helped researchers make observations from afar. And though there have been several notable lunar-related discoveries since man first walked on the Moon in 1969, there is still one phenomenon that has perplexed researchers for decades.

Mysterious, random flashes of light coming from the Moon's surface.

Known as "transient lunar phenomena," these mysterious, bizarre flashes of light can occur randomly, sometimes several times a week. Often times, they last for just a few minutes but have also been known to last for hours.

There have been a number of explanations over the years, from meteors to moonquakes to UFOs, but none have ever been proven. A new telescope in Spain, though, may provide the answer.

This image of the moon is taken from the new telescope of JMU. (Credit: Universität Würzburg)

The lunar telescope, built by Hakan Kayal's team at Julius-Maximilians-Universität Würzburg (JMU) in Bavaria, Germany, will be pointed at the lunar surface for 24 hours a day and take videos and pictures if both of its cameras register a luminous phenomenon.

"The so-called transient lunar phenomena have been known since the 1950s, but they have not been sufficiently systematically and long-term observed," said Kayal, a professor of space technology at the university, in a statement.

Observations of the transient lunar phenomena go back even further, to 1787, according to CNET. The news outlet also noted that Apollo 11 astronaut Michael Collins told NASA in 1969 about the strange occurrence.

"There is an area that is considerably more illuminated than the surrounding area," Collins told NASA mission control on July 15, 1969, one day prior to the landing on the Moon. "It just has — seems to have a slight amount of fluorescence to it. A crater can be seen, and the area around the crater is quite bright."

The telescope will be in a private observatory in Spain, which Kayal said was chosen over Germany because it offers "simply better weather conditions for observing the Moon."

Kayal also said observations from the remote-controlled telescope will be compared with those from the European Space Agency. "If the same thing was seen there, the event can be considered confirmed," he added.

The astronomer also said that interest in the bizarre lunar flashes is high due to renewed interest in the Moon, thanks to a new "space race" from private companies such as SpaceX and Blue Origin, as well as advancements from domestic and foreign governments, including China.

"Anyone who wants to build a lunar base at some point must of course be familiar with the local conditions," Kayal said in the release.

In January, China landed its Chang'e 4 lunar explorer on the far side of the Moon, becoming the first country to ever land on the side facing away from Earth.

More recently, Blue Origin, led by Jeff Bezos, announced plans to send its Blue Moon lander to the celestial satellite. "It's time to go back to the Moon," Bezos said in a press conference last month. "This time to stay.”