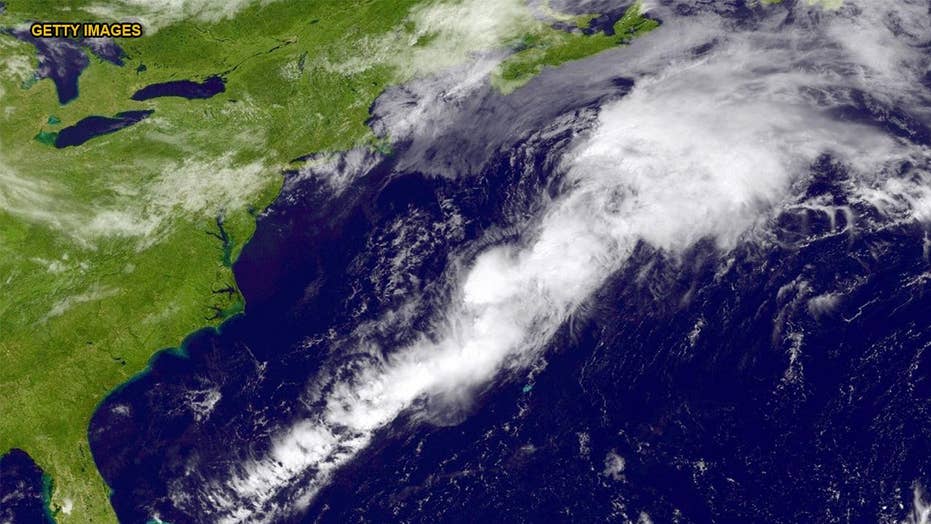 Surveying the sub-seafloor off the eastern coast of the United States, researchers at Columbia University uncovered what appears to be the world's largest freshwater aquifer. Believed to hold at least 670 cubic miles of fresh water, the discovery could usher in similar discoveries for other regions throughout the world.

Scientists have found a gigantic freshwater aquifer hidden deep below the ocean.

The surprising discovery, from a new survey of the sub-seafloor off the northeast U.S. coast by researchers from Columbia University, appears to to be the largest formation of this type anywhere in the world — stretching from Massachusetts to New Jersey and extending continuously out about 50 miles to the edge of the continental shelf.

Researchers said that if it was discovered on the surface it would create a lake covering some 15,000 square miles.

'SWARMAGEDDON' OF 1,000 EARTHQUAKES HIT SOUTHERN CALIFORNIA. SHOULD THEY BE WORRIED?

“We knew there was fresh water down there in isolated places, but we did not know the extent or geometry,” lead author Chloe Gustafson, a PhD. candidate at Columbia University’s Lamont-Doherty Earth Observatory, said in a press statement. “It could turn out to be an important resource in other parts of the world.”

Scientists have found a huge aquifer off the northeastern U.S. coast.  (Getty Images)

Scientists used measurements of electromagnetic waves in order to map the water, which is trapped in porous sediments lying beneath the ocean.

The water deposits begin at around 600 feet below the ocean floor and bottom out at about 1,200 feet, researchers said, and it's believed that they hold at least 670 cubic miles of fresh water.

Researchers have a theory about how the water got under the seabed that they shared in a press release:

"Some 15,000 to 20,000 years ago, toward the end of the last glacial age, much of the world’s water was locked up in mile-deep ice; in North America, it extended through what is now northern New Jersey, Long Island and the New England coast. Sea levels were much lower, exposing much of what is now the underwater U.S. continental shelf. When the ice melted, sediments formed huge river deltas on top of the shelf, and fresh water got trapped there in scattered pockets. Later, sea levels rose."

Scientists also said that if the water was to ever be processed for consumption, it would need to be desalinated. That's because, over time, the freshwater mixes with ocean water as you move farther away from the U.S. coast.

“We probably don’t need to do that in this region, but if we can show there are large aquifers in other regions, that might potentially represent a resource” in places like southern California, Australia, the Mideast or Saharan Africa, study co-author and geophysicist Kerry Key said in a statement.

The study was published in the journal Scientific Reports.