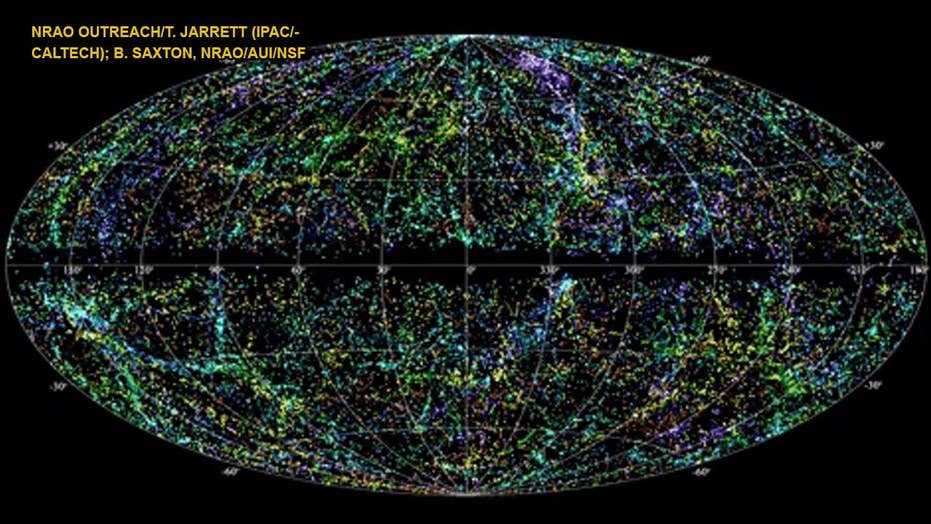 Radio telescopes are picking up some confusing data generated by shrieks of radio waves from deep space slamming into the planet. In an attempt to discover the source of the shrieks, astronomers are using artificial intelligence to help explain what's sending them from what might be billions of light-years away. A team of astronomers have developed a new way to detect these signals in real time using a single radio telescope.

Sudden shrieks of radio waves from deep space keep slamming into radio telescopes on Earth, spattering those instruments' detectors with confusing data. And now, astronomers are using artificial intelligence to pinpoint the source of the shrieks, in the hope of explaining what's sending them to Earth from — researchers suspect — billions of light-years across space.

Usually, these weird, unexplained signals are detected only after the fact, when astronomers notice out-of-place spikes in their data — sometimes years after the incident. The signals have complex, mysterious structures, patterns of peaks and valleys in radio waves that play out in just milliseconds. That's not the sort of signal astronomers expect to come from a simple explosion, or any other one of the standard events known to scatter spikes of electromagnetic energy across space. Astronomers call these strange signals fast radio bursts (FRBs). Ever since the first one was uncovered in 2007, using data recorded in 2001, there's been an ongoing effort to pin down their source. But FRBs arrive at random times and places, and existing human technology and observation methods aren't well-primed to spot these signals.

Now, in a paper published July 4 in the journal Monthly Notices of the Royal Astronomical Society, a team of astronomers wrote that they managed to detect five FRBs in real time using a single radio telescope. [The 12 Strangest Objects in the Universe]

An animation shows the random appearance of fast radio bursts (FRBs) across the sky. Astronomers have discovered about 85 since 2007. (NRAO Outreach/T. Jarrett (IPAC/Caltech); B. Saxton, NRAO/AUI/NSF)

Wael Farah, a doctoral student at Swinburne University of Technology in Melbourne, Australia, developed a machine-learning system that recognized the signatures of FRBs as they arrived at the University of Sydney's Molonglo Radio Observatory, near Canberra. As Live Science has previously reported, many scientific instruments, including radio telescopes, produce more data per second than they can reasonably store. So they don't record anything in the finest detail except their most interesting observations.

Farah's system trained the Molonglo telescope to spot FRBs and switch over to its most detailed recording mode, producing the finest records of FRBs yet.

Based on their data, the researchers predicted that between 59 and 157 theoretically detectable FRBs splash across our skies every day. The scientists also used the immediate detections to hunt for related flares in data from X-ray, optical and other radio telescopes — in hopes of finding some visible event linked to the FRBs — but had no luck.

Their research showed, however, that one of the most peculiar (and frustrating, for research purposes) traits of FRBs appears to be real: The signals, once arriving, never repeat themselves. Each one appears to be a singular event in space that will never happen again.