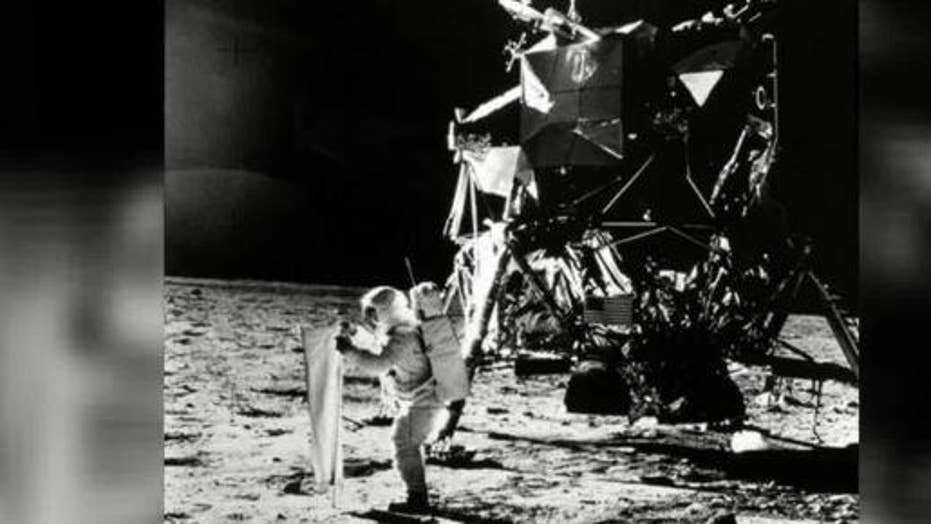 A new study reveals that the moon may be shrinking

A new study reveals that the moon may be shrinking and actively producing moonquakes.

Somebody alert Jeff Bezos: the Moon is shrinking.

According to a new research study, the Moon may be shrinking as it experiences lunar quakes, known as "moonquakes." Researchers analyzed 28 moonquakes from 1969 to 1977 and came up with the startling observation that eight of the quakes came from "true tectonic activity — the movement of crustal plates," as opposed to impacts from asteroids or rumblings inside the celestial satellite.

“We found that a number of the quakes recorded in the Apollo data happened very close to the faults seen in the [NASA’s Apollo and Lunar Reconnaissance Orbiter missions] LRO imagery,” Nicholas Schmerr, an assistant professor of geology at the University of Maryland, said in a statement. “It’s quite likely that the faults are still active today. You don’t often get to see active tectonics anywhere but Earth, so it’s very exciting to think these faults may still be producing moonquakes.”

The moonquakes were recorded by five seismometers that were placed on the Moon's surface during the Apollo 11, 12, 14, 15 and 16 missions. If they had been on Earth, the quakes would have registered between a 2 and a 5 on the Moment Magnitude scale, according to the researchers.

“We think it’s very likely that these eight quakes were produced by faults slipping as stress built up when the lunar crust was compressed by global contraction and tidal forces, indicating that the Apollo seismometers recorded the shrinking moon and the moon is still tectonically active,” said Thomas Watters, lead author of the research paper, in the statement.

NASA first saw instances of the Moon shrinking in 2010 when it analyzed imagery from its Lunar Reconnaissance Orbiter and found that it "shriveled like a raisin as its interior cooled, leaving behind thousands of cliffs called thrust faults on the moon’s surface." Then the data from the '60s and '70s was laid on top of the 2010 data to create an algorithm to better understand where the quakes were coming from.

Approximately 4.5 billion years old, the Moon is considered "tectonically active," the researchers wrote in the study, published in the scientific journal, Nature Geoscience.

"We conclude that the proximity of moonquakes to the young thrust faults together with evidence of regolith disturbance and boulder movements on and near the fault scarps strongly suggest the Moon is tectonically active," the study's abstract reads.

“For me, these findings emphasize that we need to go back to the moon,” Schmerr added in the statement. “We learned a lot from the Apollo missions, but they really only scratched the surface.

With a larger network of modern seismometers, we could make huge strides in our understanding of the moon’s geology. This provides some very promising low-hanging fruit for science on a future mission to the moon.”

The Trump administration wants the U.S. to return to the Moon by 2024. In March, Vice President Pence gave a speech at the National Space Council and said the return to the Moon would happen with or without NASA and called on it to become more efficient or risk being replaced.

At the time, NASA Administrator Jim Bridenstine assured Pence that NASA would work hard to meet the deadline, expressing confidence that the SLS, or Space Launch System, would be ready for the job.

Since then, Bridenstine and NASA have been grilled by Congress to know why their plan to return to the Moon by 2024 is not ready yet. The space agency has said it is continuing to work with the Trump administration on a budget request that would make that happen, although no official figures have been publicly discussed.

Last week, Blue Origin, the space exploration company led by Jeff Bezos, unveiled its Blue Moon spaceship that aims to go back to the Moon, "this time to stay," the tech titan said.

The Associated Press and Fox News' James Rogers contributed to this article.