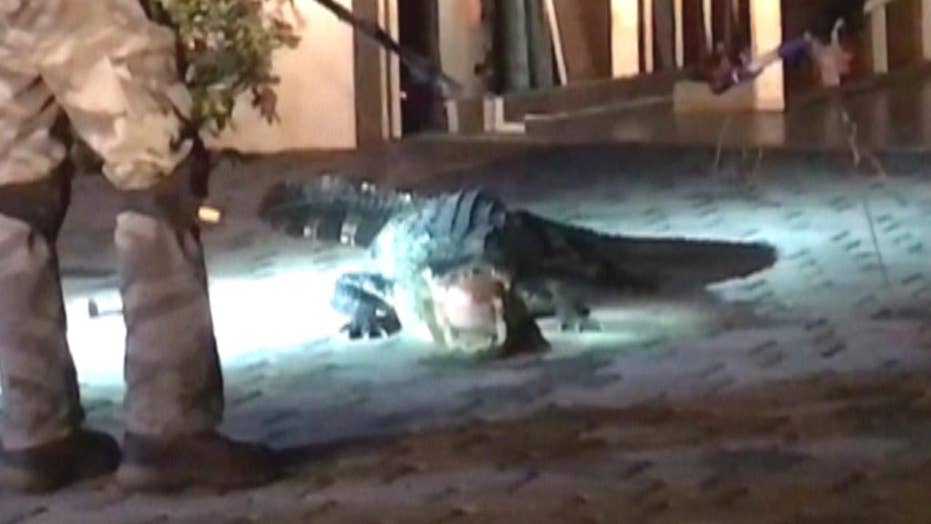 Alligator found in garage in Florida

Discovered at the Valencia Golf and Country Club.

A “monster” alligator was captured Saturday night after wildlife officials lured the 8-foot reptile out of a Florida home’s garage.

The alligator was discovered in the garage at Valencia Golf and Country Club in Naples, WINK News reported. Florida Fish and Wildlife Conservation Commission officials were captured on video slowly luring the reptile out as it thrashed and hissed at them with its jaws open.

Officials then clamped the gator’s mouth down, but it lunged at them again. The gator was captured and removed after a brief battle.

It’s unclear how the alligator crawled into the garage and where it was taken.

There’s an estimated 1.3 million alligators living throughout the state, according to Florida Fish and Wildlife Conservation Commission. Female alligators in Florida rarely grow past 9 feet in length, but male alligators can be more than 14 feet long.