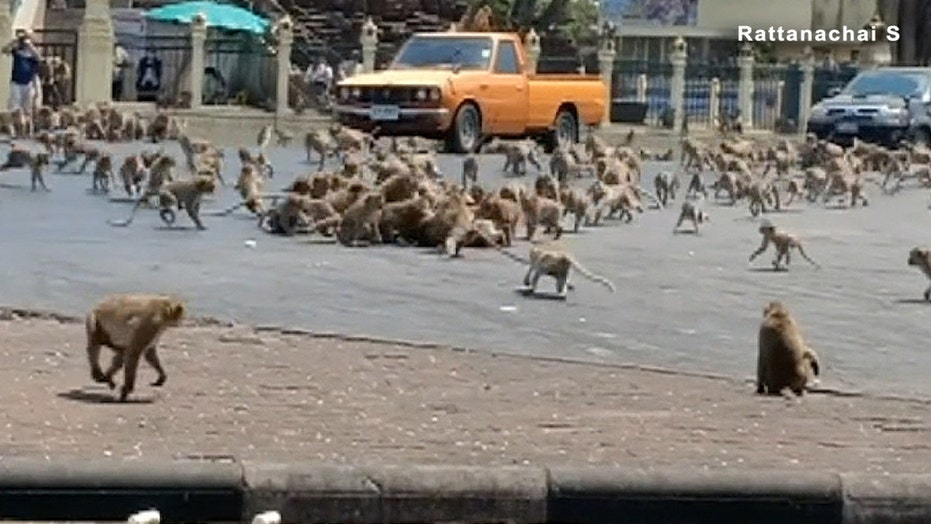 Hordes of starving monkeys have clashed in an ancient city in Thailand amid the coronavirus outbreak.

Talk about monkey trouble. Hordes of starving monkeys were seen clashing in an ancient city in Thailand amid the coronavirus outbreak.

The website Khasod English reports that around 1,000 monkeys were involved in a giant brawl in Lopburi. A sharp drop in tourism as a result of coronavirus meant fewer food offerings for the monkeys at the temple where they live. As a result, monkeys from the Prang Sam Yod temple complex ventured out into the city where they clashed with another tribe of monkeys, Khasod English reports.

Video of the remarkable battle was posted on Facebook by Sasaluk Rattanachi, which has been viewed more than 1 million times.

Local people laid out food for the monkeys following the mass street brawl.

LiveScience reports that thousands of crab-eating macaques live in Lopburi and the nearby Prang Sam Yod temple complex.