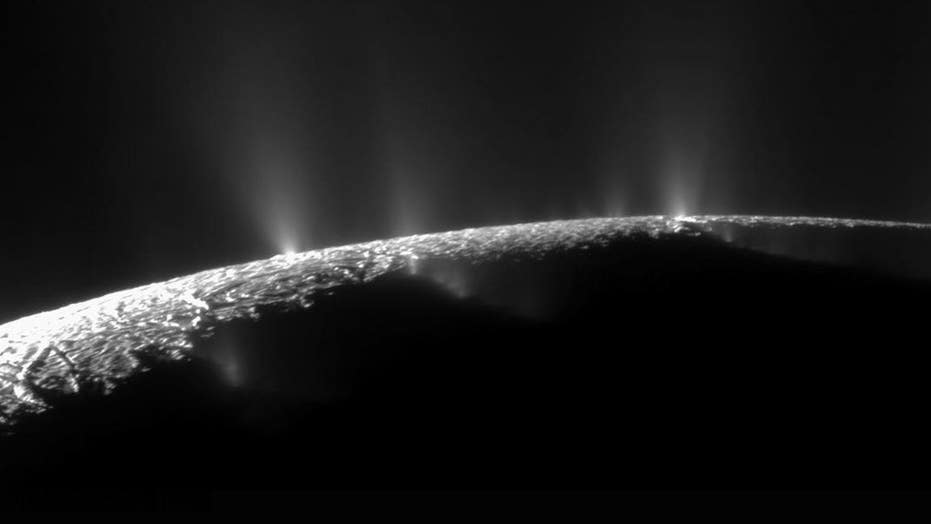 A newly published study from NASA researchers suggests that there may be planets in the Milky Way galaxy other than Earth that have an ocean.

The research, published in Publications of the Astronomical Society of the Pacific, notes more than a quarter of the 53 exoplanets — planets outside the Solar System — that were studied could potentially be "ocean worlds," planets that have significant amounts of water.

“Plumes of water erupt from Europa and Enceladus, so we can tell that these bodies have subsurface oceans beneath their ice shells, and they have energy that drives the plumes, which are two requirements for life as we know it,” Lynnae Quick, NASA planetary scientist and the study's lead author, said in a statement. “So if we’re thinking about these places as being possibly habitable, maybe bigger versions of them in other planetary systems are habitable too.”

Europa and Enceladus, moons that orbit Jupiter and Saturn, respectively, are icy celestial bodies that could potentially be home to extraterrestrial life.

Quick, who specializes in volcanism and ocean worlds, and the other researchers looked at exoplanets similar in size to Earth, including a group of seven in the TRAPPIST-1 system, 39 light-years from Earth. A light-year, which represents distance in space, is the equivalent of about 6 trillion miles.

In addition to size, they looked at density, orbit, temperature, mass and how far the planets are from their star to come up with their conclusions.

According to their findings, these "ocean worlds" could release more energy than Enceladus and Europa, the researchers added.

The conclusions from the study could give researchers additional insight into which exoplanets are studied further.

“Future missions to look for signs of life beyond the solar system are focused on planets like ours that have a global biosphere that’s so abundant it’s changing the chemistry of the whole atmosphere,” NASA Goddard astrophysicist and study co-author Aki Roberge explained. “But in the solar system, icy moons with oceans, which are far from the heat of the Sun, still have shown that they have the features we think are required for life.”

Such future missions include the Europa Clipper mission (set to launch as soon as 2023), which will explore the surface of Europa and "possibly sense life."

"Forthcoming missions will give us a chance to see whether ocean moons in our solar system could support life,” Quick added. “If we find chemical signatures of life, we can try to look for similar signs at interstellar distances.”

THERE COULD BE MORE THAN 30 ALIEN CIVILIZATIONS IN THE MILKY WAY, SHOCKING STUDY SAY

Researchers continue to gain new insight into the Milky Way. A study published earlier this month suggested there could be as many as 6 billion "Earth-like" planets in the galaxy,

Another study published earlier this month suggested that there could be 36 alien civilizations in the Milky Way as well, though many of them could be thousands of light-years away.

More than 4,000 exoplanets have been identified as of June 2020, approximately 50 of which were believed to be potentially habitable as of September 2018. They have the right size and the right orbit of their star to support surface water, and at least theoretically, to support life.