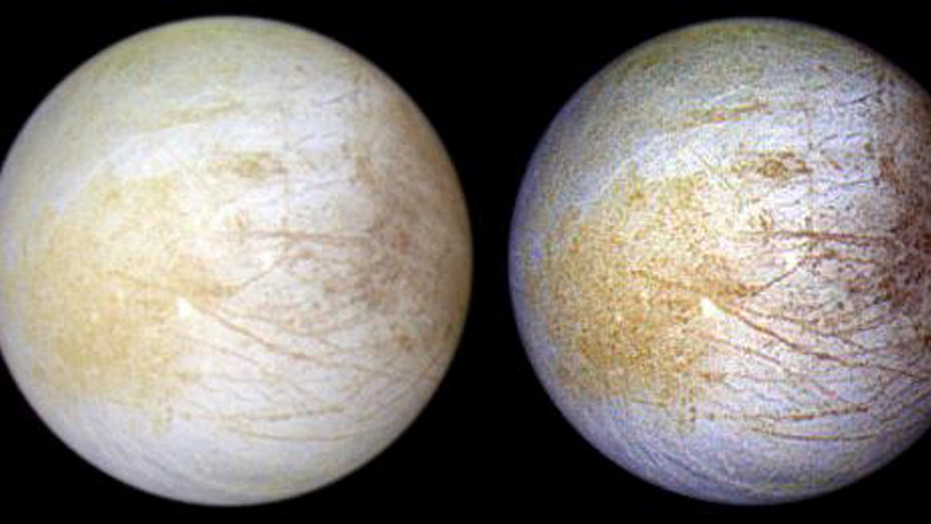 NASA is slated to explore Jupiter's moon Europa in the next 10 years, but a scientist working on the project believes there's a chance the mission could discover life on the icy celestial body.

Pappalardo continued: "We're not a life-search mission. But, if Europa's interior happened to be rich in organic microbes pouring out of it, we would be able to tell from the mass spectra – probably, possibly – that we're sensing life. That's a longshot, but it's not impossible."

An artist's depiction of the Europa Clipper spacecraft at work near Jupiter's moon Europa. (NASA/JPL-Caltech)

The Europa Clipper, which could launch as soon as 2023 but has a baseline commitment of a "launch readiness date by 2025," will have a mass spectrometer on the craft, used to determine the mass of ions in an atom.

The Clipper is expected to record, collect and observe many of these types of samples during its 3.5-year operational life, Space.com added. It will do several flybys and not circle the moon due to the intense radiation that surrounds it.

A 2018 study expressed concerns that Europa's surface may be extremely porous, which could harm any probe that touches down on its surface.

Pappalardo added the researchers want to delve further into any discovery the Clipper makes of water plumes that emanate from Europa's surface. "Early in the mission, we'll be searching for plumes and trying to understand, Are they real? Are they there? Where are they? Are they sporadic or continuously active?"

It's unclear what the oceans on Europa are made up of, but the Hubble Space Telescope detected the presence of sodium chloride on its surface, according to a study published in June.

The conditions on Europa have been previously likened to exoplanet Barnard B, a "super-Earth" 30 trillion miles from Earth. It likely has a surface temperature of roughly 238 degrees below zero and may have oceans underneath its icy surface, according to a July 2018 statement from NASA.

The mission for the solar-powered Clipper is expected to cost around $4 billion, according to NASA. The space agency has previously said the purpose of the mission will be to investigate whether Europa, the sixth-largest of Jupiter's 79 known moons, "could harbor conditions suitable for life, honing our insights into astrobiology."