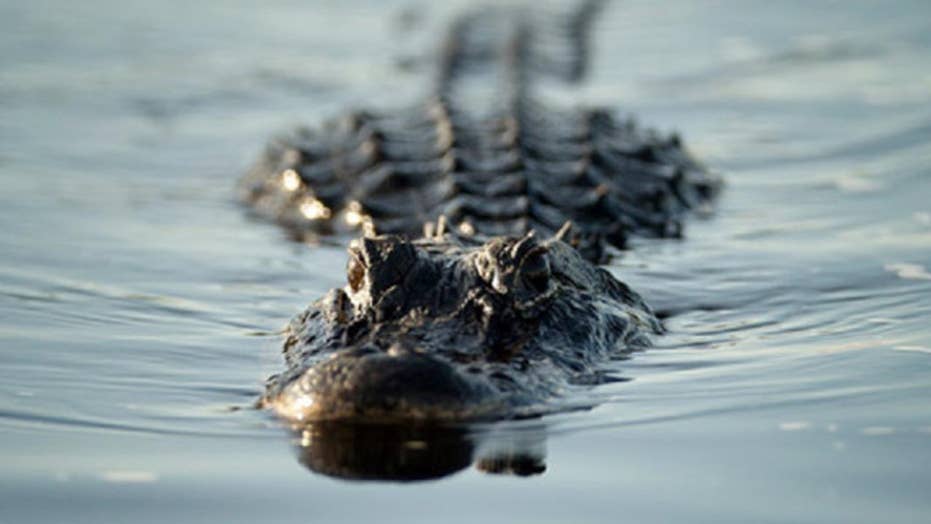 How to protect yourself from an alligator

A Michigan resident’s 21-year-old pet alligator died this week after it escaped from its home and was struck by a vehicle, authorities said.

The gator, named Wally, somehow escaped from a home in Delta Township, per the Lansing State Journal. Eaton County Sheriff’s Office officials were notified after a woman on her way to work Thursday morning noticed the animal on the side of the road — an unusual site as the reptiles aren’t native to the state.

Lansing resident Scott Nigoff also saw the animal, which weighed roughly 100 pounds and was 5 feet in length, while on his way to work. He later took to Facebook with pictures of the reptile.

“Probably not a big deal to those in the south but I live in Michigan!” he captioned the post, in part.

"At first I was just in shock thinking how somebody could hit an animal like that and just leave it there," Nigoff told the Lansing State Journal. "I was also shocked there wasn't a damaged car somewhere."

In Delta Township, where the animal was found, alligators are not permitted, according to the newspaper.

"As far as state law, there's nothing that regulates them, so it's all left up to local ordinances," Eaton County Animal Control Officer Rebecca Neal told the Lansing State Journal, which added the gator was later removed by animal control officers.

It’s not clear who hit the gator; sheriff's deputies aren’t actively searching for the culprit, per MLive.

The gator was identified after its owner, who has not been publicly identified, called the sheriff’s department, MLive also reported.