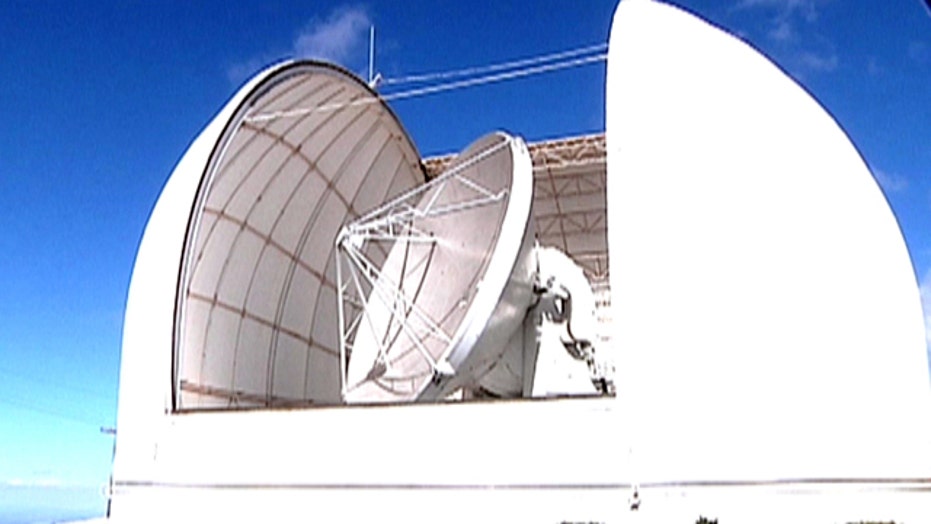 The University of Arizona's newly acquired radio telescope is searching interstellar space to answer questions about black holes and the origin of life. Fox's Aalia Shaheed has the story.

The Arizona Radio Observatory's newly acquired 40-foot dish is probing far into the sky, and bringing new light to galaxies far, far away.

The massively powerful radio telescope can detect galaxy matter other telescopes miss. Dr. Lucy Ziurys is the director of the Arizona Radio Observatory.

She explains the telescope is different in that it doesn't detect light. Instead, scientists use it to detect very short radio waves, known as millimeter waves.

"By using this radio telescope, we can actually determine the chemical composition of our galaxy, stars, of material forming around stars. And we also use these telescopes to study black holes in our galactic center, and in the center of other galaxies," said Dr. Ziurys.

The radio telescope is stationed at Kitt Peak National Observatory, just outside of Tucson. The scientists working with the dish come from various backgrounds, including astronomy, chemistry and biology.

"Our research relates to the interesting chemistry that occurs out in interstellar space… it relates to the origin of life, and the pre-biotic compounds that might be present out in space," said Dr. Ziurys.

The telescope contains performance-enhancing features, like a reflector surface made of panels and a $14 million antenna that can move as fast as six degrees per second.

"It's faster than all the other telescopes that have been built in the past. It's about twenty times more accurate in terms of where it can point in the sky. So we'll be able to look deeper into the molecular universe than we've ever been able to before," said Dr. Ziurys.

The University of Arizona commissioned the telescope through an agreement with the European Southern Observatory. It is now the only university in the U.S. to own a modern radio telescope.