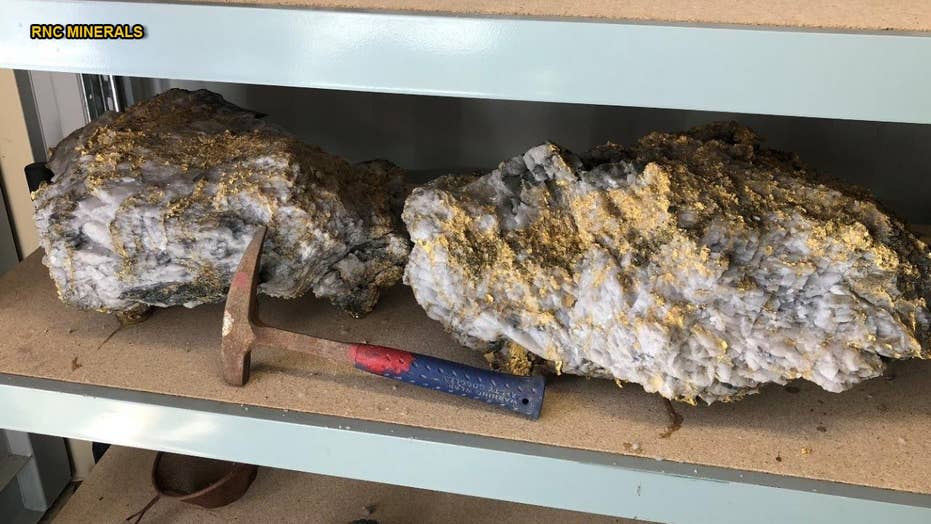 A mine in Australia has produced what its owner believes are two of the biggest gold specimens in recorded history. Early estimates from RNC Minerals have put the total take of coarse gold from the cut at more than 578 pounds, or more than $11.5 million worth.

A remarkable haul of gold valued at around $11.5 million has been uncovered at a mine in Western Australia.

The amazing gold strike occurred RNC Minerals’ Beta Hunt Mine in Kambalda. The high-grade gold contains both coarse gold and large gold-containing stone, according to the mining company.

News reports described the stunning discovery as a “mother lode” of gold. “As I watered the dirt down, there was just gold everywhere, as far as you could see,” miner Henry Dole told Sky News.

THE WORLD'S DEEPEST, RAREST DIAMONDS REVEALED A BIG SECRET ABOUT OUR PLANET'S INTERIOR

"Recovering 9,250 ounces of high grade coarse gold from a single cut on the 15 level at our Beta Hunt mine, including specimens which could rank among the largest ever discovered, underlines the importance of this discovery,” said RNC Minerals CEO Mark Selby. In June 2018 94 pounds of gold were recovered from levels 14 and 15 at the mine, the CEO added.