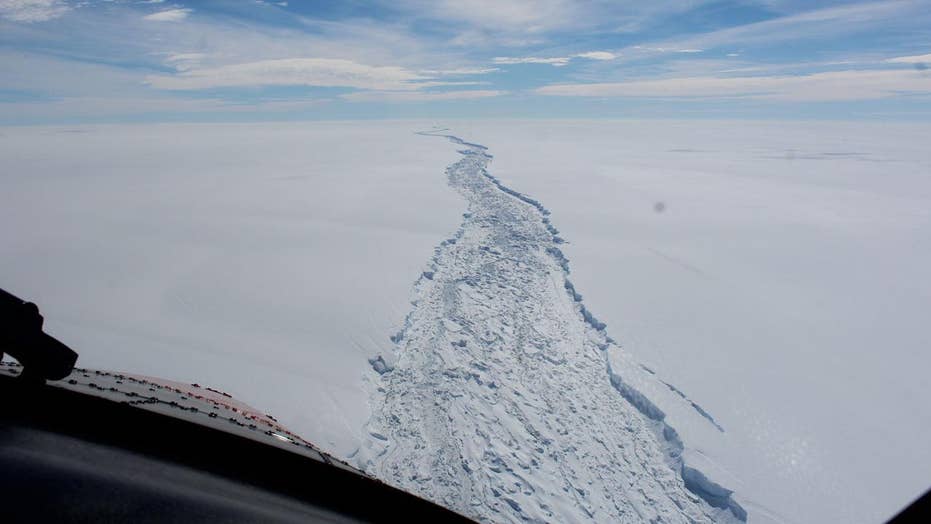 A giant "Delaware-size" iceberg that scientists have been monitoring for more than two years has broken off from Antarctica, becoming one of the largest icebergs on record.

The iceberg broke off from the Larsen C ice shelf sometime between Monday and Wednesday, British Antarctic Survey reported. The 2,240-square-mile iceberg was "hanging by a thread" for several months, with the crack growing by 16 miles in the last two months alone. By July 5, there was only three more miles until it officially separated from the continent.

The new iceberg made up more than 10 percent of the ice shelf. It did not impact sea levels because it was already floating before the break-off. Though scientists will determine if the break-away section will have a significant impact to the rest of the Antarctica shelf.

Experts also fear the iceberg will melt at a rapid rate.

"If Larsen C now starts to retreat significantly and eventually collapses, then we will see another contribution to sea level rise," said Professor David Vaughan, glaciologist and Director of Science at British Antarctic Survey, in a statement.

"There is little doubt that climate change is causing ice shelves to disappear in some parts of Antarctica at the moment," Vaughn said, adding that the disintegration of Larsen C was most likely caused by climate change.

The professor said though some parts of Antarctica are losing ice due to ocean change, significant warming in the last several decades have contributed to ice shelves collapsing.

The new iceberg now poses as a risk for ships passing through the peninsula, according to Reuters. The area is just outside major trade routes and a frequent place for cruise ships coming from South America.