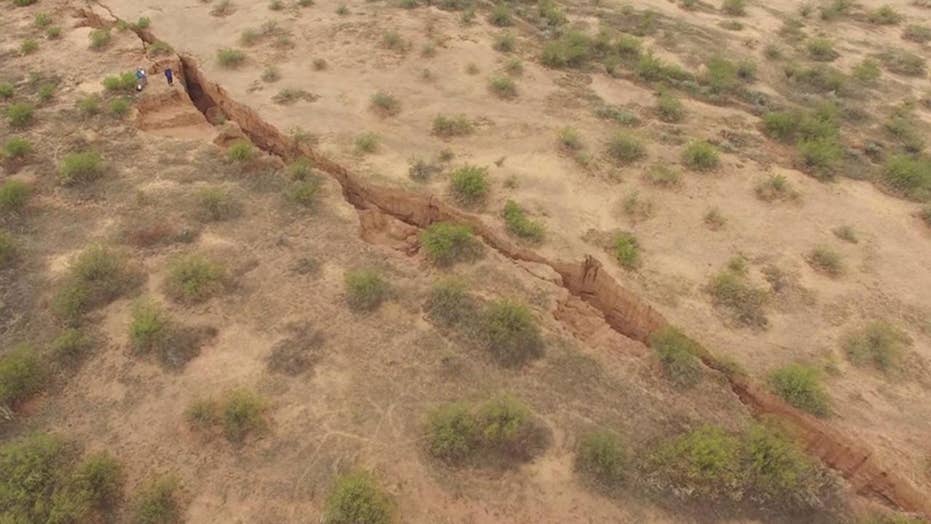 A fissure almost two miles long has been discovered in the Arizona desert.

Drone footage uploaded to YouTube by the Arizona Geological Survey shows the massive fissure in the desert surface. In a post accompanying the video the Arizona Geological Survey explains that the fissure is in the Tator Hills area of southern Pinal County. “AZGS is experimenting with drone technology as a tool for mapping fissures and other surface features, e.g. landslide masses,” it added.

12News reports that the fissure formed between March 2013 and December 2014, and may have grown because of heavy rains in fall 2014.

Joe Cook of the Arizona Geological Survey told 12News that the fissure’s southern mile is fresher, and may have reached the surface in a 2016 monsoon. Before then, the fissure may have been a crack or an underground void, according to the 12News report.