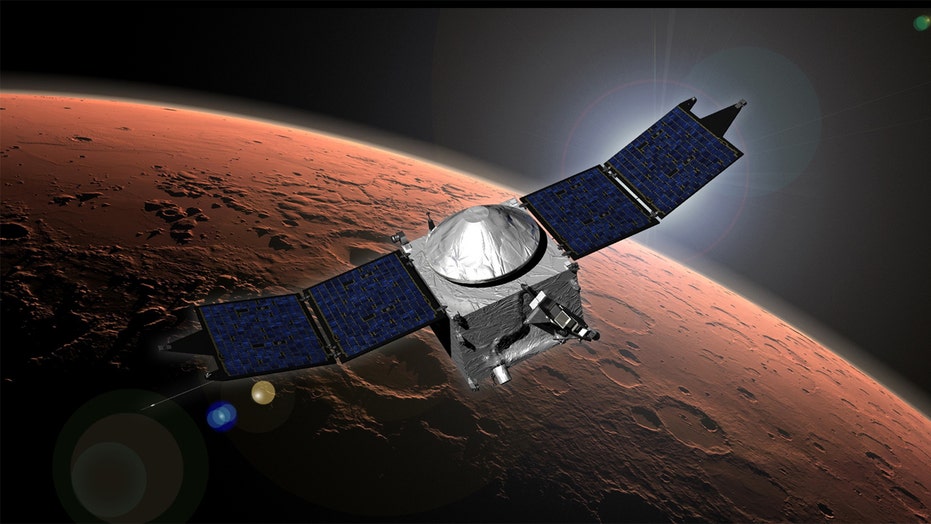 NASA has confirmed the existence of flowing liquid salty water on Mars, fueling the possibility of life on the Red Planet.

“Today, we’re revolutionizing our understanding of the planet,” said Jim Green, director of planetary science at NASA Headquarters in Washington, during a press conference Monday. “Mars is not the dry, arid planet that we thought of in the past - under certain circumstances, liquid water has been found on Mars.”

Speculation has been mounting that NASA’s announcement would involve flowing water. Scientists have long known that there is frozen water at Mars' poles, but they have never discovered liquid water. The discovery could have huge consequences for future expeditions, including NASA's goal of sending a manned mission to Mars by the 2030s.

Scientists have based their findings on an analysis of the mysterious dark streaks on Mars’ surface called Recurring Slope Lineae (RSL). The streaks have intrigued scientists for some time, fading during cooler months and recurring annually at nearly the same locations. “The dark streaks form in late spring, grow through the summer and disappear by the fall,” explained Michael Meyer, lead scientist for the Mars Exploration Program at NASA Headquarters.

Using an an imaging spectrometer on NASA's Mars Reconnaissance Obiter (MRO), scientists detected signatures of hydrated minerals on slopes where the streaks occur. Experts believe that the hydrated salts are likely a mixture of magnesium perchlorate, magnesium chlorate and sodium perchlorate.

Mary Beth Wilhelm of NASA’s Ames Research Center in Moffett Field, Calif. and the Georgia Institute of Technology said the evidence of salty water could have major implications. “Our results may point to more habitable conditions on the near surface of Mars than formerly thought,” she said.

“This is tremendously exciting,” added Green. “We now have a great opportunity to be in the right locations to investigate that.”

The spectrometer observations show signatures of hydrated salts at multiple RSL locations, but only when the dark features were relatively wide, according to NASA. When the researchers looked at the same locations and RSL weren't as extensive, they detected no hydrated salt.

Armed with the latest RSL findings, scientists are keen to undertake more research over the coming years. "The only way that we will be able to tell if there is life on Mars will be to bring a sample back," said Meyer.

Chris Carberry, executive director of Explore Mars, a non-profit organization that aims to advance the goal of sending humans to Mars within the next two decades, welcomed Monday's NASA announcement. "We've been speculating about whether there is liquid water on Mars for some time, but now that it has been confirmed, it might have some significant implications," he told FoxNews.com. "First, it greatly enhances the chances of past or present life on Mars.  Everywhere there is liquid water on  earth, there is life. Is that true on Mars? We don't know."

Carberry added that water on Mars could also benefit future explorers. "If they can access the water, it will add significantly to the sustainability of human presence on Mars," he said.