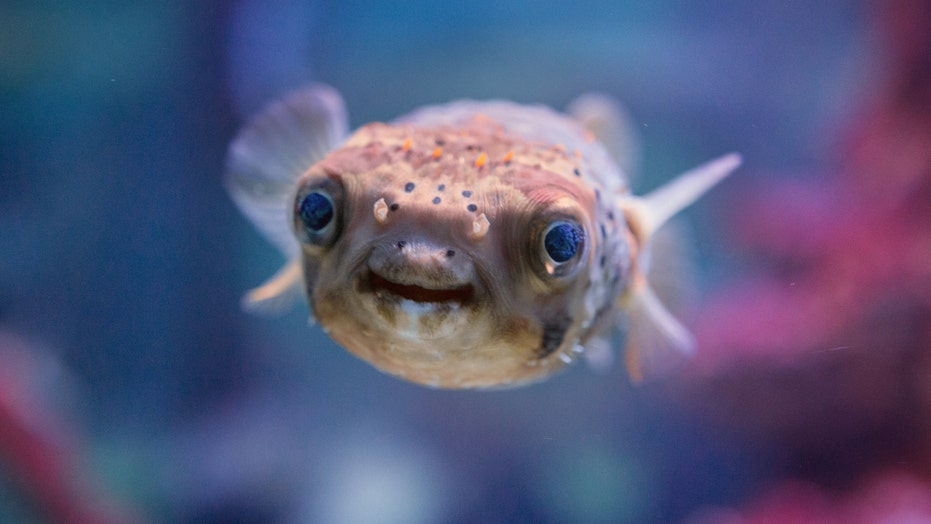 A combination of cocaine and toxic pufferfish liver sent a Florida man to the emergency room, according to a new case report.

The liver from a pufferfish, also known as fugu, is considered a delicacy in Japan. But eating it is risky, as the fish's liver contains a high concentration of a deadly poison known as tetrodotoxin (TTX), which causes paralysis if ingested.

"Pufferfish is something that you don't want to just catch and eat," said Dr. Zane Horowitz, medical director at the Oregon Poison Center at Oregon Health Science University, who was not involved with the man's case. "There are chefs in Japan who go through years of training on how to properly prepare this so that they don't kill their customers." [In Photos: The Power of Poison Through Time]

TTX is 1,200 times more toxic than cyanide; far less than a teaspoon of it can kill a person. Once ingested, TTX blocks voltage-gated sodium channels in certain nerve cells. When these nerve cells are blocked, muscles can't contract. Symptoms of TTX poisoning range from tingling sensations, numbness, dizziness and nausea, to muscle weakness, trouble breathing, paralysis and death.

Because there's no antidote to TTX, doctors often place patients on ventilators to help them breathe until the body excretes the poison.

The 43-year-old man's case was more complex than a typical fugu-eater's, however. Over the past few days, he had ingested cocaine and eaten canned foods, which made his physicians wonder whether foodborne botulism was at play, too.

The man had high blood pressure (possibly from his cocaine use) and chronic kidney disease, the doctors noted. When he came to the ER, the man was not in good shape; he was throwing up, had weakness and difficulty speaking, and said that he had stomach pain, tearing chest pain and numb legs.

The man's grandmother, who had also nibbled on the pufferfish, came with him to the hospital. But because her fugu portion had been smaller, she had fewer symptoms: dizziness and leg weakness, the doctors said.

Health care workers immediately gave the man medication to lower his high blood pressure and intubated him so that he would be able to breathe if the TTX paralyzed his breathing muscles. In case he had botulism, they also gave him botulinum antitoxin, the doctors reported.

The man received medication that has been shown to help other people who had eaten bad fugu. However, his recovery wasn't straightforward; while in the intensive care unit the patient developed pneumonia and his kidney problems flared, requiring him to go on dialysis.

"Eventually, the patient's respiratory failure resolved, however, renal [kidney] function did not recover and the patient remains dialysis-dependent today," the doctors wrote in the case report. "The patient's grandmother endured a much more benign clinical course and did not require ICU management."

"The message [from the case report] is clear: 'Don't eat pufferfish!'" Bill Atchison, a professor of pharmacology and toxicology at Michigan State University, who was not involved in the patients' care, told Live Science.

Horowitz said he had a few questions about the patient's situation. For instance, the case report doesn't say how the man acquired the pufferfish, although "there are means of obtaining it, such as underground markets and fishing" in Florida, the doctors wrote.

If the man still had the fish, then the state health department could have tested it for TTX, Horowitz said. If the fish was long gone, the doctors could have tested the man for presence of TTX, just to ensure the diagnosis, he added. [27 Oddest Medical Cases]

A definite diagnosis is important because the man could have had another co-occurring condition that accounted for some of his symptoms, Horowitz said.

Finally, it's unclear why the doctors suspected botulism, as the man's symptoms didn't match those of botulism toxin. While this toxin can also cause paralysis, people with botulism poisoning have symptoms such as difficulty swallowing, trouble breathing and droopy eyelids, Horowitz said. The case report mentions that the man ate "canned food," which can contain the toxin, but doesn't specify if the food was canned by a professional (in which case botulism would be unlikely) or an amateur, Horowitz said.

Horowitz added that the man's kidney dialysis likely wasn't caused by the TTX or the suspected botulism. Rather, the culprit was probably the cocaine, which can cause blood pressure to spike.

"[Cocaine isn't] not directly toxic to the kidneys, per se," Horowitz said. But "if you do cocaine all the time or do it once and have a really high blood pressure, it's going to have a pretty serious effect on your kidneys."

The case report's authors could not be reached for comment. The study was published online June 7 in the journal BMJ Case Reports.