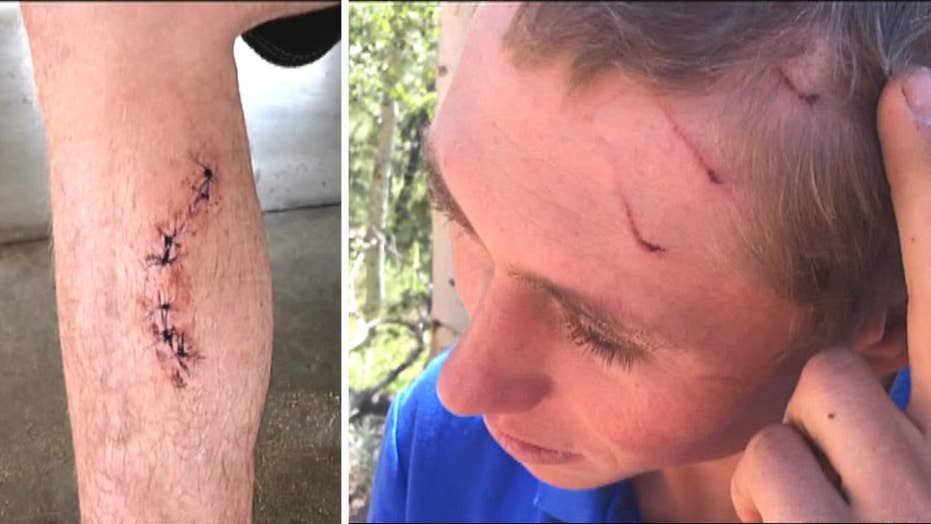 A Colorado man achieved a distinction last week that few people would probably want to match.

Not surprisingly, the 20-year-old from Grand Junction says he spends a lot of time outdoors.

In Thursday’s attack, about 50 yards from Shipwreck’s Beach off Poipu, McWilliams suffered deep cuts to one of his legs, but the injury wasn’t life-threatening, Hawaii News Now reported.

"The scariest part was swimming back," he told the news outlet, adding that he was hoping the shark wouldn’t continue following the trail of blood from his leg.

Last July, McWilliams told the paper, he received nine staples in his scalp after a nearly 300-pound bear invaded his Colorado campsite.

"The bear grabbed the back of my head and started pulling me and I was fighting back as best as I could," he told Hawaii News Now. "It dropped me and stomped on me a little bit, and I was able to get back to the group and they scared it away."

As for the rattlesnake, that encounter occurred about three and a half years ago in Utah, McWilliams told the Star-Advertiser.

Luckily, he took in only a small amount of venom, so he was only briefly ill afterward, he told the newspaper.

“My parents are grateful I’m still alive,” he said.