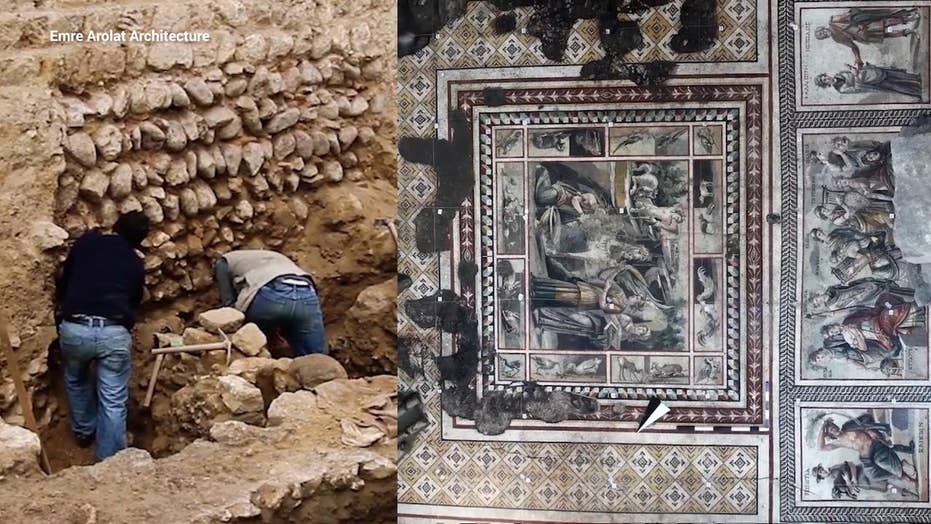 Antakya Museum Hotel: What happens when you find ancient ruins under your hotel

Architect Özge Ertoptamış explains what happens when modern meets ancient, how the Antakya Museum Hotel came to display ancient ruins which date back to the 3rd century BC.

Modern architecture and archaeology don’t typically go hand in hand. However, the two mixed in an unprecedented way when ancient ruins were discovered under what was to become the Antakya Museum Hotel in Turkey.

The project started when Turkish entrepreneur Necmi Asfuroğlu set out to build a luxury hotel on approximately 200,000 square feet of land in the center of Antioch. His land in the southeastern part of the country is entrenched in history and located near the iconic pilgrimage site of the Church of St. Peter.

When his team began drilling for a basement, they discovered a number of archaeological ruins under the site that dated back to the third century B.C. and included traces from 13 different civilizations. Asfuroğlu still wanted to build his hotel but could not compromise the ruins he had discovered, so he brought in Emre Arolat Architecture (EAA) and the firm’s New York director, Özge Ertoptamış.

“We were excited by the opportunity to do something that has never been done before,” said Ertoptamış. “But we also had our doubts whether something could actually be done around the exquisite findings.”

EAA’s outlook changed when the firm discovered an area within the site where there were no ruins. That’s because it was the former location of the Parmenius Creek riverbed.

“That is the point where we had the idea, that we could build something, not in it, but above it, by supporting the structure on minimal points where there are no ruins,” said Ertoptamış.

MYSTERIOUS 2,000-YEAR-OLD WOODEN ARM FOUND IN ENGLISH WELL MAY HAVE BEEN A SPIRITUAL OFFERING

EAA now had a plan to marry two different typologies — a public museum where archaeological preservation could continue and a private hotel.  Ertoptamış explained, however, the design was constantly evolving and took about three years. She told Fox News about an incredible discovery when they were digging for a well, which forced her team to rework their calculations.

“There are 66 columns that the building is rising on, and each point is calculated to be on a spot with no ruins, and there are wells to support each of the 66 pillars that are dug underground by hand,” said Ertoptamış. “At one point, however, there was a discovery of a great mosaic in a location where we were going to place a column.”

EUROPE'S OLDEST MOSQUE MAY BE BURIED UNDERGROUND IN THIS VISIGOTHIC CITY

The mosaic they found dates all the way back to the second century A.D. and includes exquisite panels with a myriad of mythological figures.

Well and discovery of the mosaic. (Emre Arolat Architecture [EAA])

“We had to redo all of our calculations and find a new place for the pillar, but it was worth it because it is one of the most exquisite pieces in the collection,” said Ertoptamış.

Ertoptamış explained that while her team ran into challenges, the project and history inspired her.

“The building is a product of today, a product of present, but within it, you are always living together with history in an unprecedented way, and that is the most challenging and rewarding part of this project,” said Ertoptamış.

To learn more about the building of the Antakya Museum Hotel, watch Özge Ertoptamış’ full interview above.