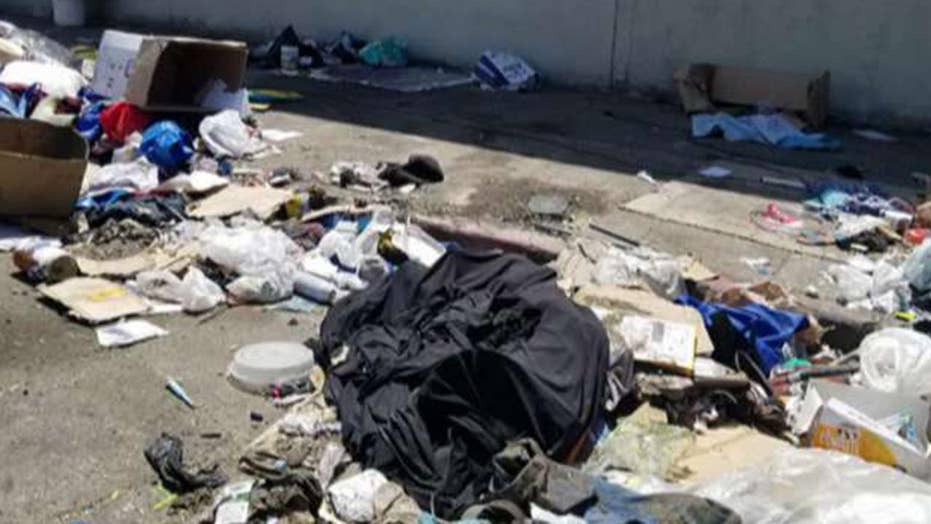 Business owner Karen Hix explains the pollution issues in Los Angeles and what she has done to get California lawmakers' attention.

Trash is a growing problem for residents in Los Angeles and as the garbage piles up, so do the rats, fueling concerns about flea-borne typhus, according to reports.

Last October, after at least nine reports of the disease, Los Angeles officials cleaned up some of the worst piles of garbage, NBC Los Angeles reported. But now, the trash has accumulated once again.

"I can’t walk down the street without thinking that a flea could jump on me," Estela Lopez, executive director of the LA Downtown Industrial Business Improvement District, told the outlet.

It could reportedly take up to 90 days for the trash to be removed once again, according to NBC Los Angeles. The outlet also reported that the city has no plan for controlling its rodent population.

All that garbage attracts rats, which “pose a public health risk,” an infectious disease specialist told the outlet, because the rodents can lead to the spread of salmonella and bubonic plague -- not to mention fleas that have been infected with typhus.

At least nine people were reported ill with typhus in downtown Los Angeles between July and September, with officials pointing to refuse and stray animals as potential catalysts, according to reports from October.

Typhus is a disease caused by bacteria found in infected fleas that can come from cats, rats, opossums and other stray animals. Accumulation of trash or overcrowding and poor hygiene is typically associated with the spread of the disease.

Symptoms can usually be managed on their own, but severe cases may require antibiotics. Those with severe cases who avoid treatment may risk organ damage or even death.

While the disease cannot be transmitted human-to-human, there is no vaccine available. Patients can lower their risk of contracting the typhus by avoiding contact with fleas and avoiding areas where rodents are found.