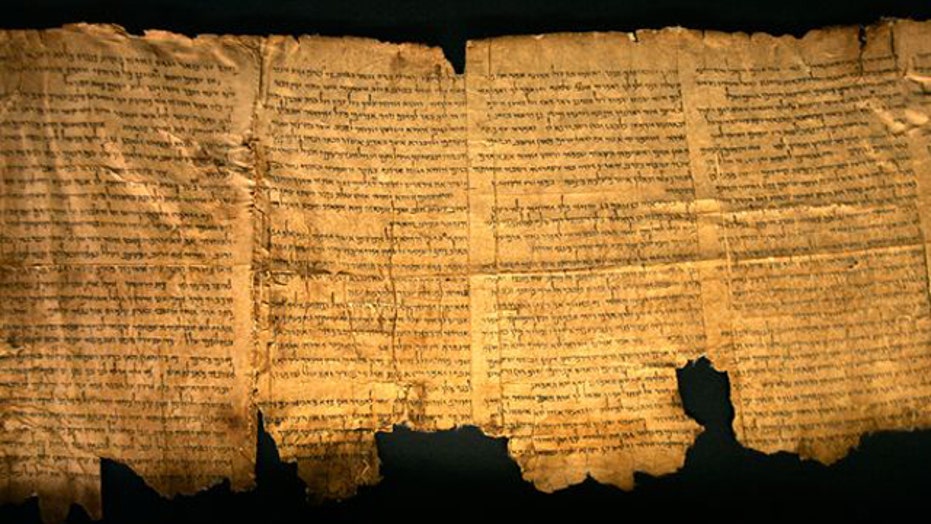 The ancient Dead Sea Scrolls are continuing to provide researchers with surprising insights.

A new chemical analysis of the Temple Scroll, the longest of the 2,000-year-old scrolls, has revealed a salty coating on the text side.

According to researchers, this unique finish appears to suggest that the Temple Scroll's parchment was manufactured differently from other documents in the collections.

"This points toward a unique ancient production technology in which the parchment was modified through the addition of the inorganic layer as a writing surface," the authors write in the study's abstract. "Furthermore, understanding the properties of these minerals is particularly critical for the development of suitable conservation methods for the preservation of these invaluable historical documents."

Sections of the Dead Sea Scrolls on display at the Israel Museum in Jerusalem in 2008. (Baz Ratner, Reuters)

The team of scientists used X-ray and Raman spectroscopy to analyze a portion of the Temple Scroll. Their techniques reportedly involved shining radiation on a sample and measuring the light that emanated back out to get a sense of the material's chemical composition.

Besides aiding with preservation efforts, researchers also said the new finding could help in spotting forgeries.

The study was published in Science Advances.