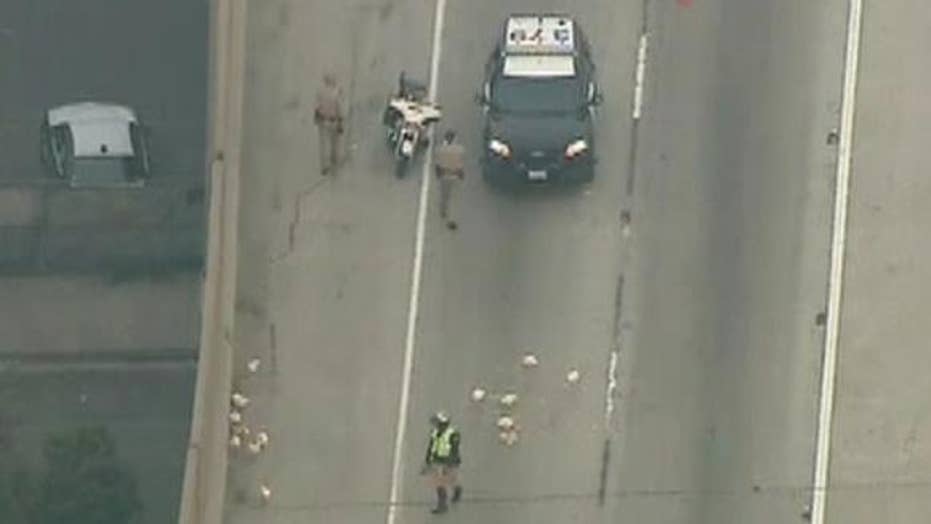 Raw video shows chickens being removed from the road after blocking traffic.

A group of chickens fouled up a Los Angeles freeway early Tuesday after a cage carrying the birds fell from a truck onto the busy road, officials said.

The California Highway Patrol said the incident happened around 6 a.m. on the 605 Freeway near the interchange with the 105 Freeway in the highway's southbound lanes.

"I-605 S/B near I-105 is a little heavy right now because of these little guys," the CHP's Santa Fe Springs Area district said on Twitter.

The driver was unaware the cage fell off the truck and did not stop, officials said.

A total of 17 chickens were rescued, but two "unfortunately went to chicken heaven," according to the CHP.

"We took these guys into custody without any trouble.  They were too chicken to fight," the agency said.

The response to the incident partially closed some lanes and caused traffic backups through the area.